BayAreaGOP.com will be tracking the latest news on the IRS scandal impacting exempt organizations for conservative causes.  We would like to know if your organization suffered delays while attempting to secure a tax exemption through the IRS.  Use the comment form on this page to let us know about your experiences with the IRS.

Below are recent articles about the IRS scandal: 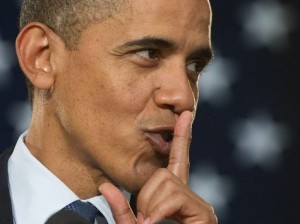 When news broke that IRS agents were abusively targeting conservative groups particularly the Tea Party, it looked at as if this was an Obama administration scandal that would stick. Even reporters like NBC’s Andrea Mitchell counted it as among the “most outrageous excesses I’ve seen.” Read more..

Michael Gerson, Opinion Writer for the Washington Post – “The unwelcome role of the IRS in Obamacare”, May 23, 2013
Let us stipulate that now might not be the best time — with IRS officials exposed for abusing power, caught in self-serving deceptions, invoking their constitutional right against self-incrimination — to dramatically expand the authority and size of their agency. But this is what Obamacare requires. Thousands of new IRS agents will implement 40-odd provisions of the Patient Protection and Affordable Care Act — the exact number is a matter of dispute since the law itself is so confusing. The largest tax law and social policy change in a generation will be imposed on a skeptical public by a government agency whose credibility is in ruins.  Read more…

Sean Sullivan, Washington Post – “Everything you need to know about the IRS Scandal”, May 21, 2013
A week and a half has passed since the Internal Revenue Service first publicly admitted to singling out conservative groups. We know a great deal more about what happened than we did on May 10, but lots of unanswered questions remain.  Read more…