How can you reach voters when people are afraid to open their doors during a pandemic?

The phone-from-home app Campaign Sidekick, used by the California Republican Party (CAGOP) in the May campaigns, is now available to county Republican parties to help register voters and elect Republican candidates.

The Santa Clara County Republican Party (SVGOP) partnered with the CAGOP and SPARC, a local Republican volunteer club, to sponsor a Campaign Sidekick training session for volunteers in the special election.  Those volunteers who made calls during the special election are now trained and ready to use the technology to support local Republican candidates this fall.  The SVGOP has already secured its own account and plans to incorporate Campaign Sidekick into its Neighborhood Leader Program.

In previous campaign cycles the SVGOP partnered with the CAGOP to install phone banks in its county headquarters.  However, phone-from-home technology has now surpassed the technology used in the old phone banks.  A significant advancement is a feature called “Power Dialer” which allows an individual to dial up to five people at once and then take the calls in order or leave messages as needed.  This technology allows an individual to make thousands of calls in the same time that a volunteer could make hundreds of calls using the old system.

Volunteers should go through training before making themselves available to county committees and candidates. Sign up for calling and other CAGOP trainings at this link.

With new technology, training, and motivated volunteers, the California GOP’s success in recent special elections can now be translated into success at the regional and county level. 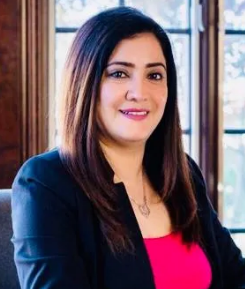 Nisha Sharma, a realtor, a community leader, and a mother of three, is running for Congress in the East Bay’s District 11.  She says that if elected, she “will take her passion for helping others to Washington D.C. and fight for what is best for all of her constituents.”

Sharma’s priorities include dealing with the high cost of living, providing long-term solutions on infrastructure, and addressing homelessness.  With regard to homelessness she says, “It is neither humanitarian nor compassionate to let people live and die on our streets. We must help them get the mental health, drug addiction, housing, and employment help that they so desperately need.”

Nisha Sharma’s work in the community includes serving as a member of the Board of Trustees of the Fremont Dharma Samaj, one the largest socio-religious organizations in the Bay Area.  It brings 100,000 people a year together through different programs.  She also serves as the Women Empowerment Chairwoman for the Festival of the Globe.

Congressional District 11 has Highway 680 at its center and includes most of Contra Costa County, running from Pittsburg south to Danville and west to Richmond.  (See the map.)  The largest cities are Concord and Richmond.

Nisha Sharma was born in India.  She earned her bachelor’s degree in business at Punjab University of India in Chandigarh.

Nisha lives in Danville with her husband Vaneet. They have three kids. You can find out more about Nisha on her campaign website, nishaforcongress.com.