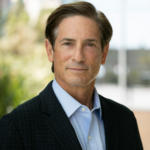 Californians across the state are increasingly concerned about the crises of rising crime, homelessness, and drug abuse sweeping our communities. Fortunately, we have an opportunity to channel that disappointment and frustration this November, by electing a new pro-public safety Attorney General, Nathan Hochman.

If two of the liberal strongholds of the state are showing such dissatisfaction with the status quo in our criminal justice system, clearly, there is an appetite for change.

Nathan Hochman presents a new profile of experience and vision for voters to choose. Unlike past Attorneys General, Nathan has never been a politician. He has spent his career putting criminals behind bars as a prosecutor and defending constitutionals rights as a defense attorney.

Nathan also is presenting real solutions to the public safety issues facing our state. Nathan will push to reform the early release policies that have let criminals off the hook and allowed pro-criminal District Attorneys to ignore the law. As Attorney General, Nathan will bring balance back to the justice system and relentlessly pursue justice for victims, including stepping in and prosecuting serious violent cases when reckless District Attorneys like George Gascon refuse to do so. As Attorney General, Nathan will also work to get fentanyl off the streets and hold those accountable who have spread this poison throughout our communities. Finally, Nathan will prioritize compassionate solutions to get people the mental health and substance abuse resources they need while keeping our streets safe and clean.

Nathan’s unparalleled experience and fresh vision for change has led his campaign to gain serious momentum. In the last reporting period, Nathan outraised the incumbent Democrat Attorney General—with 40% of Nathan’s contributions coming from Democrats and Independents.

Organizations representing tens of thousands of law enforcement officers, as well as over 21 District Attorneys of both political parties, have endorsed Nathan in his campaign for Attorney General. These leaders know that Nathan will stop the spiral of lawlessness occurring in our communities and finally bring justice back to our state.

Nathan represents one of the best opportunities we have to restore some balance and common sense in Sacramento.

For more information about Nathan and his campaign, please visit www.NathanHochman.com

Two experienced candidates, Jaime Patiño and Jeff Wang, are running for the city council in Union City.  Both have previously been elected to office citywide, but now Union City is transitioning to election by district.  Patiño is running in District 2, on the east side, and Wang in District 3, on the northwest side of town. (See the map.) 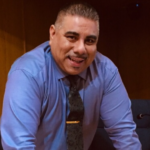 Jaime Patiño has been on the council since 2018, is the current Vice Mayor of Union City, and works professionally as a finance manager for a healthcare organization.  He sees his mission as “Thinking outside the box to come up with innovative solutions to make our City more competitive on the Regional Level, while also improving the quality of life for ALL.”  He represents Union City on the League of California Cities, the National League of Cities, and the East Bay Community Energy board.

Patiño grew up in Union City and graduated from its James Logan High School.  He earned an AA degree from Chabot College and later his BA in Political Science from CSU Hayward and an MBA from CSU East Bay.  During his career he has worked at several different administrative and financial jobs.  Jaime served on the Union City Human Relations Commission from 2012-2018, including several years as Chair.  He also served on the Police Department Strategic Plan Steering Committee and the General Plan Advisory Committee.  He has volunteered with the Community Emergency Response Team (CERT), the Tiburcio Vasquez Health Center, and the Centro de Servicios community service organization.  He’s also a single parent raising a 16-year old daughter.  Learn more about Jaime Patiño’s campaign on his website, jaime-patino.com . 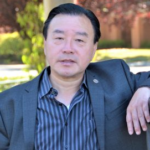 Jeff Wang is an educator and entrepreneur who has served as a school board trustee and a community leader.  His priorities for Union City include promoting a robust economy, creating safer communities, enhancing youth programs, expanding senior services, and celebrating the diverse community.  A PhD in theoretical physics, he has taught at Brown University, University of Iowa, Brigham Young, Stanford, UC extensions and local community colleges.  Later Wang became an entrepreneur and built three businesses: an educational counseling business, a tutoring business to help students improve their math skills, and an assembly business for IC computer chips.

In 2016 Dr. Wang was elected a trustee of the New Haven Unified School District and served a four year term, but the change to district elections prevented him from running for reelection. He is also a community leader in the following positions:  Commissioner, Alameda County Parks, Recreation and Historical Commission; Past President, HuaRen Rotary Club; Vice-Chair, Silicon Valley Chinese Technology and Business Association, and a Director of the Union City Chamber of Commerce.

Jeff is an immigrant from China.  When he was a child, he and his family were imprisoned for several years in a labor camp under Chairman Mao.  Later, when policies changed, he took his first opportunity to come to the United States.  He earned his Ph.D. from the University of Wisconsin.  He has been a resident of Union City for 26 years.  He and his wife Joanna raised a son, who attended Union City schools and graduated from Santa Clara University School of Law.  You can learn more about Jeff Wang’s campaign on his website, VoteJeffWang.com.