Republicans & Voters Fight Back Against Democrats’ Abuse of Power

Supporters of the recall of Senator Josh Newman (D-SD 29) have filed 66,289 valid voter signatures, 2,696 more than required to launch an election. This should have triggered a 10-day clock for Secretary of State Alex Padilla to certify the count, and for Governor Brown to call an election.

But voters have been on a roller coaster ride as the Democrats continue to put up roadblocks to deny them the opportunity to support or recall Senator Newman. Here is a summary of the activity: 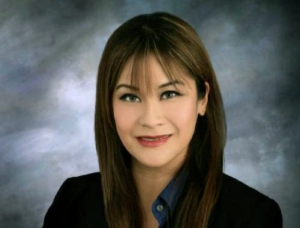 Former Assemblywoman Ling Ling Chang has announced that she is running for the seat of Josh Newman, the embattled state senator facing a recall challenge after voting to increase the gas tax.  Winning the seat would break the Democrats’ two-thirds supermajority in the state Senate.

Chang said, “During my two years in the legislature I helped stop $32 billion in tax hikes, improved the state’s jobs climate and fought hard to protect the middle class.”
“By contrast, Josh Newman voted to raise gas and car taxes by $52 billion and increased the cost of living for the average SD 29 family by $300 a year”.  Chang concluded, “I’m running for State Senate and support the recall because we can’t afford three more years of Josh Newman”.
Ling Ling Chang has an impressive background.  After working with technology and non-profits, being active in her community and serving in local government, she was elected to the state Assembly in 2014, representing district 55, which includes parts of Orange, Los Angeles, and San Bernardino Counties.
In the Assembly Chang served as Vice Chair of the Rules Committee and as a member of the Appropriations Committee and the Business & Professions Committee.  She was recognized as one of two “Tech Champions” in the Legislature by the Computing Technology Industry Association.  Her top priorities were job creation, making California business-friendly, strengthening California’s education system, and keeping our communities safe.  Among other things, she worked to improve STEM education and voted against tax increases.
In 2016 her state Senate seat opened up, and she ran for it with encouragement from outgoing Senator Bob Huff and other Republican leaders.  The district, Senate District 29, runs from Anaheim to West Covina along Highway 57.  (See the map.) Democrat Josh Newman defeated Chang by a margin of less than one percent.
In a recall election, voters vote on whether to recall the senator.  Candidates to replace him run at the same time, but their votes are counted only if there is a majority vote to remove the incumbent senator.  If the senator is removed, the candidate with the highest number of votes wins, whether or not it’s a majority.  The date of the special recall election has not yet been set.
Ling Ling Chang emigrated from Taiwan with her family when she was three and grew up in Diamond Bar.  She worked as a project manager for a health information systems firm.  She also worked as Executive Director of United Family Services Center.  More recently she was President & CEO of the Youth Science Center, a non-profit education organization that focuses on strengthening Science, Technology, Engineering and Mathematics (STEM) curriculum and education in local schools.
During the same period, Ling Ling Chang was elected to public office: first the Walnut Valley Water District board, where she helped keep utility rates low, and then the Diamond Bar City Council, where she served two terms including a stint as mayor. An advocate for excellence in education, Ling Ling Chang served on the Board of Cal Poly Pomona’s Partners-in-Education. She was also a member of the US Army Los Angeles Advisory Board.
Ling Ling Chang and her husband Andrew make their home in Diamond Bar.
On Sunday, September 17, Ling Ling Chang has Bay Area fundraising events in Menlo Park and Fremont.  See the full listings here. You can learn more about Ling Ling Chang’s campaign for State Senate on her website, www.lingforsenate.org.