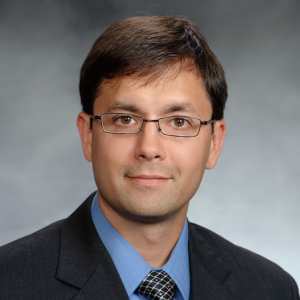 As a practicing family medicine physician, Dr. Shomir Banerjee has been listening to the stories of patients from all walks of life. In earlier work as an energy efficiency engineer, he developed strong analytical skills and an appreciation for environmental issues. He would like to use his broad background to represent the Monterey Bay area in the State Assembly.

Banerjee says, “I am running because I think that we need some fiscally conservative viewpoints in Sacramento, and our community would be better represented by someone who has spoken with members of the community in an intimate setting and learned about the primary concerns of the community.”

During his medical career he has worked in a variety of situations, caring for patients from all walks of life, ranging from prisoners and farmworkers to technology company employees. He also owns a tech company, which is developing several medical technologies, including a bilirubin management app, a cellphone-enabled EKG, and physician-centered electronic health records.

Asked about his recommendations for healthcare, Banerjee says, “Only 7% of overall healthcare expenditure is devoted to physicians, nurses and other providers of healthcare, and the remainder is a mix of pharmaceutical costs and administrative overhead. We cannot possibly expect, as a nation, or a state, to provide adequate care to our population if the bulk of the costs are not care related.”

“MediCal needs to be pared down administratively. Payments for services are too low and too late for the average practitioner to run a business. Medicare needs to increase reimbursements, as well.”

Assembly District 29 is a largely coastal district that includes most of Santa Cruz County, northwestern Monterey County, and part of south San Jose in Santa Clara County. (See the map.)

Shomir Banerjee was born in Columbus, Ohio and grew up mainly in Louisville, Kentucky. For college he attended Baylor University, where he earned a bachelor’s degree in electronic engineering. Then he worked as an engineer in energy efficiency, and subsequently completed a master’s in engineering at the University of Cincinnati.

As he was also interested in medicine, Banerjee earned an M.D. at Wright State University in Ohio, and moved to California for his residency (specialty training) in Family Medicine at UC Davis. After working in occupational medicine at several locations in the 29th Assembly District, he now practices family medicine in Monterey.

Shomir Banerjee lives near Monterey with his wife and their four children. In his (rare) spare time, he enjoys spending time with his family, exercising, and playing music. You can learn more about Shomir on his campaign website.

On July 7, the Santa Clara County GOP and SD 13 nominee Alex Glew together asked the County Registrar of Voters to remove inactive voters in accordance with the settlement announced January 3, 2019 between Judicial Watch, the Election Integrity Project, Los Angeles County and the California Secretary of State.

In Los Angeles County, the settlement required the removal of inactive voters by February 2019. However, Santa Clara County has determined that it must wait until after the November 2022 election to begin removing inactive voters.

According to the settlement in Los Angeles, the Secretary of State agreed to revise the NVRA manual to instruct counties to remove inactive voters in accordance with the National Voter Registration Act of 1993 (NVRA). That law, as interpreted by the U.S. Supreme Court, requires that voters who have not voted in two federal elections be removed if they do not respond to a notice sent by the county.

In its August 8 letter to Dr. Glew, obtained directly from the registrar by BayAreaGOP.com, Santa Clara County Registrar of Voters Shannon Bushey said the California Secretary of State issued new instructions to counties in March 2019. Then in December 2019, the county sent a notice to inactive voters that would trigger the process of removal if voters did not respond.

Because the county registrar determined that previous notices did not comply with the NVRA, Bushey said the county had to wait for two more federal elections before removing inactive voters who did not respond to the notice.

Glew, who co-chairs the Election Integrity working group for the Santa Clara County Republican Party, said that the county registrar’s response is currently being reviewed by Judicial Watch counsel for advice on next steps.

However, the correspondence demonstrates that diligence is required in order to insure that California counties are implementing the ballot integrity procedures as outlined in Judicial Watch settlement and the Secretary of State’s NVRA manual. Currently Glew is working with the San Mateo County GOP to seek a similar response from the San Mateo County Registrar regarding the status of the process to remove inactive voters.

You may view the letter sent by Dr. Alex Glew, the response from Santa Clara County Registrar Shannon Bushey, and the settlement agreement signed by Los Angeles County and the California Secretary of State by visiting the Ballot Integrity page on this website.