The convention will be held at the luxurious Renaissance Indian Wells Resort and Spa, perfect for a late summer getaway to prepare for the Presidential campaign season.

The convention agenda will focus on the latest campaign tools and techniques to help us take back our state and our Congress. In addition, the convention will consider adoption of a new party platform to be recommended by the platform committee which, in the past, has met the day before the general session.

You can register for the convention and hotels and stay up to date on speakers and programs at the convention by checking our CAGOP Convention page. In addition, you can find the Bay Area members of the platform committee by clicking on this link.

We look forward to seeing you in Indian Wells September 6-8. 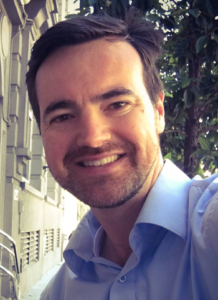 California needs your help to ensure that fair districts are created for our Congress and State Legislature. Five Republicans, five Democrats, and four voters not registered with either of those parties will be chosen to serve on the fourteen-member commission with the power to draw these lines.
Every ten years, the U.S. Census is performed, counting the number of people in each state. Seats in the House of Representatives are then apportioned based on each state’s population. In 2020, as a decade ago, California is not expected to gain a seat, and might, for the first time in history, even lose a seat.
Next year, the second-ever California Citizens Redistricting Commission, comprised entirely of citizens, will draw district boundaries for State Senate, State Assembly, and the House. Traditionally, electoral districts were drawn by the legislature. In both 1980 and 1990, district lines drawn by the legislature resulted in protracted court battles. To avoid this, in 2000, politicians in Sacramento agreed upon a compromise: to draw safe seats for every legislator. Disgusted, Californians passed Proposition 11 in 2008, creating a commission of citizens to draw our legislative district lines, removing the power from politicians, and placing it in the hands of the people. Two years later, Californians passed Proposition 20, adding congressional districts to the scope of the Commission.
Starting June 10, you have a unique opportunity to help us shape the future of California by applying to serve on this Commission. Since the Commission is by design a Commission to represent all citizens, not just those who have a vested interest in where the lines will fall, there are a few restrictions on who can apply:
In addition, persons are disqualified from serving on the Commission if in the last ten years they:
The application rules ensure that many of our true grassroots supporters have a chance to join this Commission. Nearly all of us know a Republican who meets the application criteria. Encourage them to apply! Many of us have a friend who is not Republican (such as a No-Party-Preference voter or a Democrat), who thinks like us and votes like us. Encourage them to apply as well! We need good people with good values working to ensure that fair lines are drawn here in California.
View more details on eligibility requirements on BayAreaGOP’s Redistricting page.
Applications open June 10th and end on *August 9th. Visit shapecaliforniasfuture.auditor.ca.gov to learn more and apply.
*Deadline has since been extended to August 19.
MENU