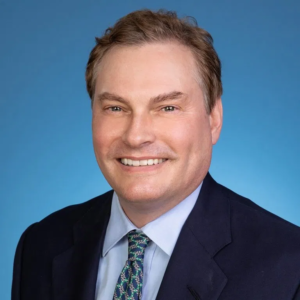 Engineer and business owner Dr. Alex Glew defeated five opponents, including a former assemblywoman, to win a place in the November runoff in the Peninsula’s 13th Senate District contest.  The seat is open because incumbent Sen. Jerry Hill has reached his term limit.

Dr. Alex Glew’s candidacy offers an unusual opportunity for voters: representation in Sacramento by a person with technical expertise as well as business experience.  Silicon Valley’s current representation in the State Senate is dominated by lawyers and local government career politicians.  Glew will likely be popular not only with technology companies, but also with tech employees and others who appreciate practical solutions based on science and analysis, rather than on activism and connections.  In a state with so many infrastructure and budget problems, his experience will be very valuable.

Glew founded his own high-tech engineering firm over twenty years ago to provide engineering expertise to other companies.  The firm provides services in design, analysis, computer modeling, and other aspects of engineering.  Dr. Glew is trained in materials science as well as mechanical engineering, in which he is a licensed Professional Engineer.  He also testifies as an expert witness in Federal Court, the U.S. Patent Office, the International Trade Commission, and elsewhere.

Alex Glew is active in the community.  He is active in and a past Board Member in charge of operations for the Los Altos Rotary Club. He also serves on the Design Review Commission for the City of Los Altos and has served as Chair.  The Commission reviews single-family residential projects.  He listens to the applicants, their architects, the neighbors, and fellow commissioners and works to develop the best course of action for the community.  He says, “Usually, nobody gets everything they want, but compromises and accommodations, along with some creative thinking, can in the end make for good and timely solutions to real world problems.” He is also a board member and Secretary of the South Peninsula Area Republican Coalition (SPARC).

With regard to issues, Dr. Glew says California needs to return to a rational middle ground that serves most Californians.  He supports the original Proposition 13, and therefore opposes the upcoming split roll initiative, which would overturn key provisions of Prop 13.  He supports zoning control by local city councils and planning commissions, who know their residents, opposing some recent state efforts to override local control.  He opposes AB5 regarding contractors and the gig economy, as it denies people opportunities to live and work as they see fit.

He supports reducing health care costs by 50-75% by promoting competition, publishing prices, and encouraging consumers to shop around.   He thinks most people under 40 should be returning to  work, since only one person under 50 has died of Covid-19 in San Mateo County, and no one under 30 has died in either San Mateo or Santa Clara County,

Glew supports a cash bail system and restoring felony status to downgraded crimes. At the same time he supports greater emphasis on rehabilitation of offenders, as well as on reintegration of inmates upon release in a gradual process.  He knows that rehabilitation is more humane and a bargain compared to recidivism. Law enforcement and district attorneys need a carrot and a stick.

He supports enhanced support for families with children and seniors to keep them in their homes: job training, child support and transportation. It is a bargain and more humane to keep the most vulnerable in their homes than to have them living on the streets.

With regard to climate change, Glew says we need natural gas, nuclear power, and hydroelectric power as bridge technologies while we transition toward more renewable energy, get off coal and reduce oil use.  More use of heat pumps would be helpful since heating homes by electricity is very expensive.  Aluminum vehicles and plugin cars should be highly encouraged.

Senate District 13 is located on the San Francisco Peninsula.  It includes northern Santa Clara County and most of San Mateo County.  Most of the population is on the Bay side, where the district runs from Sunnyvale north to Brisbane; on the coast side it runs from Pacifica down to the Santa Cruz County line. (See the map.)

Alex Glew was born in San Francisco and grew up in Pacifica.  He earned his B.S. and M.S. degrees in Mechanical Engineering at UC Berkeley and then moved to Silicon Valley.  After working a decade at Applied Materials, he returned to university, where he earned his M.S. and Ph.D. in Materials Science and Engineering at Stanford University and also founded his engineering company at that time.

Alex lives in Los Altos with his wife Martha and their Golden Retrievers.  You may find out more about Alex Glew at voteglew.com, where he says it’s “Time to Re-Engineer CA!” and reminds one to “Stick with Glew!” Click to support his campaign.

In the March 2020 primary, California Republicans contested 91% of the state’s partisan races – and made the runoff in 92% of those races they contested.

Two years ago, Republicans contested 82% of the state’s partisan and statewide races and made the runoff in 93% of those races.

The increase in the number of contested districts demonstrates that Republicans are responding to the call to take our message to every corner of California and compete in areas that may not have heard from Republican candidates in the recent past.

Analysts such as the Cook Political Report have called such trends an indication of increased “grass-roots enthusiasm.”

When added to the recent Republican special election victories by State Senator Melissa Melendez and Congressman Mike Garcia, the GOP outlook for the November election continues to improve.

In the 14 (out of 154) districts where Republicans did not file in 2020, incumbent Democrats are being opposed by a combination of 12 Libertarians, Greens, NPP’s and other Democrats, leaving only two Democrats uncontested.  In 2018, five Democrats were uncontested in the fall election.

Nationally the situation is quite different.  Studies have shown that Republicans and Democrats face each other in just over 60% of the general elections in legislative races across the country.  It is clear that California leads the way in providing choices to voters in the general election where the largest and most diverse electorate gets to make their views known.

Check out our Voter Guide to see the Bay Area Republicans competing for partisan office in the election this November.