The BayAreaGOP Newsletter is introducing a mobile-responsive format that will be much more easily read than before when using smart phones and tablets, while still convenient on computers.

We are also changing the event listings. Starting this month the Newsletter will present event and article headlines, but the details will be found on the BayAreaGOP. You can still go to the Upcoming Events List on the website to see the full list, or to the Calendar grid or the County pages.

Groups that want their events included in the Newsletter should submit details by email to BayAreaGOPEvents@gmail.com by the 25th of the previous month. Event info for the website may be submitted any time.

This website has been upgraded to increase security. To make sure the most recent version has loaded, please try refreshing the page with CTRL+R (Windows), CMD+R (Safari), or CMD+Shift+R (Chrome on Mac.)

BayAreaGOP will be accepting advertisements on the website and in the Newsletter. We would like to receive your feedback regarding our changes. If you are interested in an advertisement or have feedback, please email BayAreaGOPEvents@gmail.com. 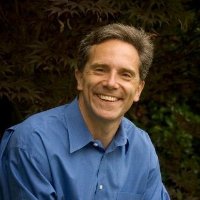 John Boyle, a high-tech businessman and former city councilman, now leads the San Mateo County Republican Party as its new chair.  His experience and connections with local government, the tech industry, and the community make him uniquely qualified to serve.

Boyle was elected after past Chair Chuck McDougald, having served six years, decided not to run for reelection. Boyle previously served the San Mateo Party as 3rd vice chair, where he was in charge of political outreach.

In 2006 John Boyle was elected to a four-year term as a city councilman for the City of Menlo Park. During his term he served as vice mayor and on several San Mateo County regional committees. Before serving on the Council, he had served as a transportation commissioner and on both the Budget Advisory Committee and the Childcare RFP Committee.

His business experience includes marketing, operations and finance, with over 25 years of experience in venture capital, high-tech management and operational roles in companies ranging from startups to Fortune 100 companies.

He’s worked at HP, 3Com, startup VeriFone, among others, plus multiple venture capital firms. He also formed and served as the Director of the Purdue University West Coast Partnership Center in Mountain View.

Boyle looks at the San Mateo GOP like a startup company: he wants to grow a small operation into a big one. He says focus on the main goals is key. The first is to raise Republican voter registration while also raising awareness of the modern Republican Party. The second is to recruit and support Republicans who can run for office and win.

In the community, John has served on several non-profit boards, including Samaritan House, the County Housing Endowment, and school foundations. He has also served over ten years as a sports coach and referee.

John Boyle grew up in Chicago and Indianapolis and attended Purdue University, where he earned his BS in Electrical Engineering. He subsequently earned an MBA at Stanford.

John is an avid skier (snow and water!), weekend golfer, member of his church choir, and photographer hobbyist. For about 30 years, John has lived in Menlo Park, where he and his wife Amy have raised their three kids.