The California Republican Party will highlight candidates competing in the June election at the Spring Convention, May 4-6, in San Diego. Those running for statewide office have been seeking support from delegates to help them qualify to participate in the Candidate Forum on Saturday afternoon. Delegates will consider endorsements at the General Session on Sunday.

The Saturday night dinner banquet speaker will be Iowa United States Senator Joni Ernst. Senator Ernst is well-respected nationally, having been chosen by Republicans in 2015 to give the rebuttal to then-President Barack Obama’s State of the Union address. Prior to her election in 2014, Senator Ernst was a member of the Iowa State Senate and served as a lieutenant colonel in the Iowa Army National Guard.

More keynote speakers will be announced throughout the month of April. In addition to regional  meetings and workshops, the convention program will include the popular Saturday Speaker Series, a free event for all registered convention attendees.

If you are a delegate and cannot attend the General Session on Sunday morning of the Convention, or if you would like to attend the convention as an associate delegate, please contact us at Convention@BayAreaGOP.com.

Delegates, Associates and their guests may purchase registration, meal and reception tickets at this link. Early bird pricing ends Thursday, April 5 at 5pm. Discounts are available for College Republicans thanks to those of you who sponsor a College Republican for $40 when you register. Rooms at the Sheraton San Diego Hotel may sell out so purchase yours early, and get the discount rate at this link when you reserve by April 11.

We will provide updates on guest speakers and Convention events on our Spring Convention page. 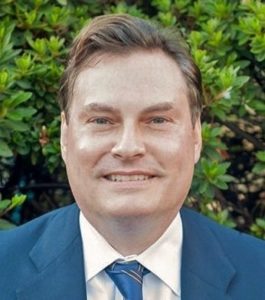 An experienced engineer and businessman, Los Altos’ Alex Glew would bring technical expertise, problem-solving ability, and a record of community involvement to the state Assembly.  He is a person who makes decisions based upon solid analysis, and would be a very appropriate representative for his tech-intensive Silicon Valley district.

Glew founded his own high-tech engineering firm over twenty years ago to provide engineering expertise to other companies.  The firm provides services in design, analysis, computer modelling, and other aspects of engineering.  Dr. Glew is trained in mechanical engineering as well as materials science.  He also testifies as an expert witness in Federal Court, the U.S. Patent Office, the International Trade Commission, and elsewhere.

Alex Glew is active in the community.  He serves on the Board of the Los Altos Rotary Club, where he is responsible for operations.  He also serves on the Design Review Commission for the City of Los Altos and is currently the Chair.  The Commission reviews single-family residential projects.  He listens to the applicants, their architects, the neighbors, and fellow commissioners and works to develop the best course of action for the community.  He says, “Usually, nobody gets everything they want, but compromises and accommodations, along with some creative thinking, can in the end make for good and timely solutions to real world problems.”

Alex says, “I am running for assembly in order to help focus the California assembly on pragmatically solving California’s problems.   We need more solutions and less drama in California government.”

Some of the issues that Alex Glew is concerned about include addressing the large unfunded pension liabilities.  He says pensions have been badly mismanaged by the state.  He would encourage competition in California education, including charter schools.  He’s very concerned about the rash of car break-ins and petty crime as a result of recent law reducing penalties.  He wants to make California more attractive to businesses, particularly clean technology and R&D.  He respects local control; the current bill to override local zoning near transportation hubs is an example of the threat.

Assembly District 24 runs from Sunnyvale to Atherton, then over to El Granada on the coast and down to the southern San Mateo County line.  (See the map.)  Most of the population is on the Bay side on the east.

Alex Glew was born in San Francisco and grew up in Pacifica.  He earned his B.S. and M.S. degrees in Mechanical Engineering at UC Berkeley and then moved to Silicon Valley.  After working a decade at Applied Materials, he returned to college.  He earned his M.S. and Ph.D. in Materials Science and Engineering at Stanford University and also founded his engineering company at that time.

Alex lives in Los Altos with his wife Martha and their Golden Retrievers.  You may find out more about Alex Glew on his campaign website, glew2018.com, where he says “Stick it to Sacramento with Glew!”