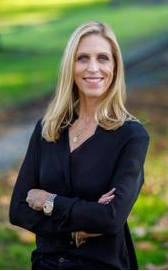 Monte Sereno Councilwoman Liz Lawler is running in the new Assembly District 28, which is now an open seat.  Five-term incumbent Assemblyman Mark Stone, a Democrat from Santa Cruz who was expected to run, recently announced his retirement rather than running in the reconfigured district.

“I am running for State Assembly to restore common sense, accountability and cooperation to Sacramento,” says Lawler.  “I am driven by the needs of our residents, not ideology.”  Among her priority issues are: helping students succeed by allowing parents “the freedom to choose the best schools for their children”; building needed homes through locally driven decisions rather than state dictated policies; and stopping violence by holding violent and habitual criminals accountable.

“Government needs to deliver  the basics:  public safety, infrastructure and education, “ explains Lawler.  “The Democrats have had control of our state for the better part of 60 years, and we are now living with the consequences of policies that are about political expediency, not results.”

Liz Lawler was elected to the Monte Sereno City Council in 2018, finishing as the top vote getter in a six candidate race.  Among her accomplishments on the Council were improving services to residents and implementing best practices throughout the city organization.  She has represented her city on the Valley Water District Commission, the Silicon Valley Animal Control Authority, the League of Cities Peninsula Division, among others.

Lawler had previously served on the Better Streets Commission, where she worked to create a Pavement Management Program, which uses preventive maintenance and long-range planning to improve streets and save taxpayers money.

Liz Lawler, the youngest of four children, was born and raised in Los Angeles.  She attended Marlborough School, where she played tennis and was active in Junior State.  She earned a B.A. in Political Science in 1987 from UC Berkeley, where she also met her husband Greg.

Liz worked a while in advertising, followed by raising three children and serving as room mom, team mom, and school event organizer.  In addition, she says, “I have always been active in my community, from refurbishing playgrounds in Harlem when we lived in New York, back in the 1990s, to volunteering and fundraising for Children’s Hospital Los Angeles when we lived in LA in the 2000s.”  Liz and her family relocated to Monte Sereno in 2013.

An outdoor enthusiast, Liz enjoys skiing, standup paddleboarding, running, and hiking.  You can learn more about Liz Lawler’s campaign for Assembly on her campaign website.  You can attend her Morgan Hill fundraiser on Saturday, April 9.

Attorney Jonathan Madison has announced his candidacy for Congress in CD 9, which includes portions of the Bay Area and San Joaquin County.  Madison served as the CAGOP Vice Chair – Bay Area since his appointment in 2019 and re-election in 2021.  He stepped down from the position to run for office.

Jason Clark was appointed by CAGOP Chairwoman Jessica Patterson to fill the remainder of Madison’s term.  Jason Clark was previously elected CAGOP Vice Chair – Bay Area in 2019.  Later that year, he was called to serve as chief of staff to the Deputy Director of the U.S. Patent and Trademark Office in Washington, D.C. and Madison was appointed as his successor.

In 2019, Jonathan and his family founded the nonprofit Mercy Seat, created out of a six-year prison ministry that serves and feeds inmates in local county jails.

Jonathan is an occasional Co-host on Fox Business Mornings with Maria and has appeared on the following networks and television shows: Saturday Night Live, KRON 4 News, and KTVU Channel 2 News.

Jason Clark is a lifelong Republican, and has been active in Republican politics for nearly 15 years. Jason works as an Attorney in San Francisco where he represents both private sector and public sector clients. He manages a team of attorneys doing motion practice and making daily court appearances.

In addition to his prior service on the CAGOP Board of Directors, Jason served as Chair of the San Francisco Republican Party from 2016 to 2019 and currently serves as President of the Log Cabin Republicans of San Francisco.