Bay Area Gears Up for Yes on 6 – Repeal the Gas Tax!

Following a series of well-attended briefings for Bay Area voters by Gas Tax Repeal Initiative Leader Carl DeMaio, supporters of Proposition 6 are primed and ready to inform voters and repeal the gas and vehicle taxes in SB 1. 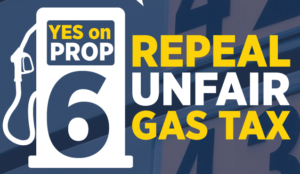 What You Can Do To Help:

Keep current with the latest news from the Yes on 6 – Repeal the Gas Tax campaign by visiting their website – https://gastaxrepeal.org/ 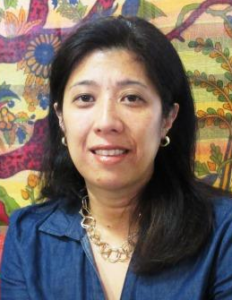 In her work as a business strategist and operations advisor, Christina Laskowski helps companies and non-profits make changes to reach their goals.  She lists herself on the ballot as a “Change Management Consultant”, and she would certainly like to make some changes in Sacramento.
Some of Laskowski’s key campaign points are enforcing accountability for government officials, challenging some taxes including the gas tax increase, improving competitiveness and employment opportunities, restoring community safety, and an education initiative that leverages existing resources.
Christina Laskowski is founder of Alquemie Advisors, where she works with clients that include start-ups, established companies, and non-profits.  Her firm provides expertise in finance, business development, mergers & acquisitions, and organizational change while assuming interim leadership positions as needed.
Christina is actively engaged in the community as an officer and advisor to various non-profit organizations.  She volunteers as President of STAC Silicon Valley (Science & Technology Advisory Council), a non-profit which works to strengthen tech ecosystem collaboration between Silicon Valley, the Philippines and the ASEAN region.  In 2010, Christina presented a five year strategic plan to the Philippine President which serves as the framework for the Philippines startup ecosystem today.  For her work, she was awarded the Order of the Golden Heart, Rank of the Grand Officer, which was conferred by Philippine President Gloria Macapagal-Arroyo in April, 2010.
She volunteers at Our Lady of Mount Carmel School and as a student mentor at Design Tech High School.  She also advises or serves on the board for FYLPRO, the Bataan Legacy Historical Society, and SFAsia.
Assembly District 22 includes northern San Mateo County on the bay side, from Redwood City to Brisbane, plus Pacifica on the coast.  See the map.
Christina Rodriguez was born in Oakland while her father was serving in the U.S. Navy.  She lived her early childhood in the San Francisco Bay Area, followed by five years in the Philippines during the Marcos period.
There she learned to appreciate the simple things in life and value community, family and our individual responsibility to help others.  At the same time she saw a society with a class system of very rich and very poor.  A controlling government imposed Martial Law, people were afraid to talk about the government, some people  resisted, and headless bodies floated down the river.
When she left, she told herself she would help in some way.  She came to understand that educating people and economic opportunity are vital to overcoming the economic imbalance in society.  Later an opportunity to help would come through that involved helping the government understand what they could do and how they could improve the return on taxpayer money.
Christina returned to the Bay Area to complete high school and graduated from Mercy High School in Burlingame.  She earned her B.S. degree in Finance from the University of San Francisco.
She started her career at S.F. investment bank Hambrecht & Quist, doing equity research.  Subsequently, she worked at several firms, doing boutique investment banking, advising on mergers & acquisitions, and coaching entrepreneurs before founding Alquemie Advisors.
Christina will rejoin USF, her alma mater, in August as an adjunct professor in the Master of Science in Entrepreneurship and Innovation program in the School of Management.
There’s a quote about helping others from Mother Teresa that Christina likes and has expanded, “We cannot all do great things. However, we each can do small things with great love and passion.”
Christina Rodriguez Laskowski lives in Redwood City with her husband Daniel, their two kids, and dog Obi-Wan.  You can learn more at her campaign website, laskowskiforassembly.com .