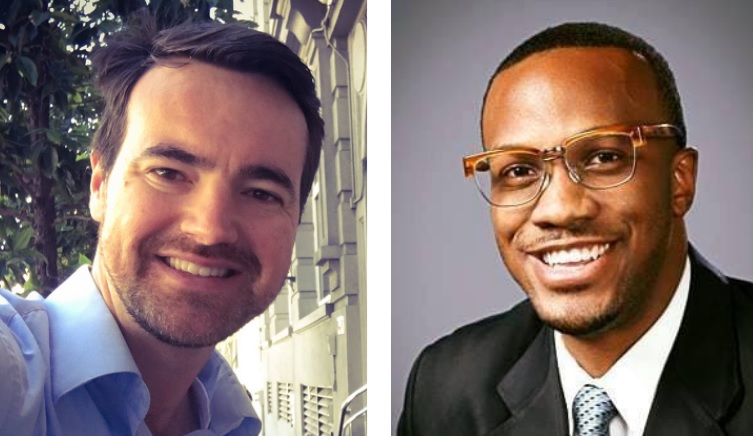 Republican Bay Area Regional Vice Chair Jason P. Clark has been appointed by President Trump to serve in the nation’s capital. Republican leader Jonathan Madison has been selected as the new regional vice chair by California Republican Party Chair Jessica Patterson and the state party board of directors.

After moving to the East Bay, Jonathan was appointed to the Alameda County Republican Central Committee. He does volunteer work as a minister every weekend at the San Francisco County Jail.  Jonathan also serves his community as a member of Alpha Phi Alpha Fraternity, the first intercollegiate Greek-letter fraternity established for African American men. In February 2018 Jonathan participated in President’s Trump’s commemoration of African American History Month at the White House. Jonathan and his wife, Lindsey, have a young son and live in Oakland.

Jonathan Madison said, “It’s time to fix our education system, reduce our state’s tax burden, and strengthen our families.  We will embrace every community, every family, and every individual.”

Jason Clark moved to Washington, D.C. and has begun work as a senior adviser in the United States Patent and Trademark Office.  Until recently, he was Bay Area regional vice chair for the California Republican Party, as well as county chair of the San Francisco Republican Party.

Clark is working in the Office of the Chief Administrative Officer at the Patent and Trademark Office (PTO).  His past experience in both intellectual property law and managing electronic information for litigation should prove useful.  He says he appreciates the opportunity to make a difference at the national level.

Part of the Commerce Department, the PTO grants patents to inventors, registers trademarks, advises the federal government on intellectual property policy, and promotes innovation.  The office has about 13,000 employees but uses no tax money, as it supports itself from user fees, bringing in nearly three billion dollars a year.

On July 27, the elected members of the California Republican Party’s platform drafting committee met and approved a new draft platform.  That platform, soon to be posted on the CAGOP delegates-only website, contains a number of updates and revisions to reflect current issues affecting our state.

The most significant changes include the addition of two new sections on Affordability and Housing.  The new affordability section points out that “Californians from all parts of society are increasingly unable to afford basic necessities” and that as a result of Democratic policies California now has the highest poverty rate in the nation.  The new Housing section lays out specific policies to make housing more affordable and restore the dream of home ownership, now out of reach for many Californians.

In addition, new language was added to the Education section to specifically address the issue of free speech on college campuses – something that was denied to UC Berkeley College Republicans as a result of unreasonable administrative policies and inadequate protection from violent demonstrators.

Finally, the draft includes updated language on Crime and Justice to address the consequences of Propositions 47 and 57, including the early release of violent criminals from state prison, and the reduction of felonies to misdemeanors for several violent crimes.  New language was also added to the section on Election Integrity calling for a verifiable chain of custody for all ballots to reduce the potential for election fraud.

The new draft will be considered by the full platform committee on Saturday, September 7 at the CAGOP convention in Indian Wells.  The deadline to submit amendments is Thursday, August 22.