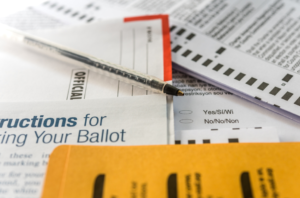 California Republican Party delegates are being asked to vote on recommended positions for four ballot measures that will appear on the November 2022 ballot.

At its spring 2022 convention, the CAGOP voted to oppose propositions 29, 30, and 31, the remaining measures on the November ballot.

Following is a summary of the measures along with the CAGOP positions:

Proposition 1 –  The initiative placed on the ballot by the Legislature to prohibit the state from denying or interfering with an individual’s right to choose an abortion and contraceptives.  CAGOP Initiatives Committee recommends:  No

Proposition 27 – The initiative sponsored by FanDuel, DraftKings, and others to allow online and mobile sports wagering in California. CAGOP Initiatives Committee recommends:  No

Proposition 31 – The referendum challenging a 2020 law prohibiting the sale of flavored tobacco and harm reduction products.  CAGOP recommends:  No

Readers will be able to find updated information regarding CAGOP action and ballot arguments later on the BayAreaGOP.com Ballot Measures page. 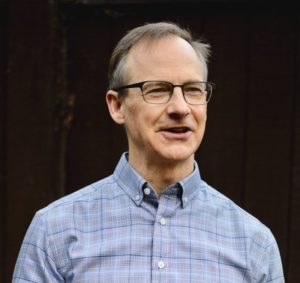 After a successful engineering career and experience as an entrepreneur helping others fix problems, Tim Dec decided to run for the State Assembly’s 23rd District to fix problems in Sacramento.

“As we work to resolve critical issues, we must reject the toxic political tone that has become increasingly harsh in this state and the nation. Californians are fed-up with the constant finger-pointing and labeling that has become the norm. We need to focus on problem-solving, not posturing,” says Dec.

Tim Dec grew up in Oregon and earned his degree in electrical engineering at Oregon State.  He soon moved to the Bay Area and has been here all his working life.  He worked in a series of jobs over 30 years as a design engineer and then a verification engineer, concluding at Apple, where he worked on core processors for the iPhone.

When Dec realized he was really more interested in fixing customers’ problems and teaching them to use technology, he moved over to Apple retail.  Subsequently, he started a technology coaching business for seniors.  He also volunteers as a technology tutor at Little House Senior Center in Menlo Park.

Tim Dec says, “Our supermajority government provides for no real debate on policy.  I’m running to bring back balanced governing to California while still being open to collaboration across the aisle.  My first action will be to join the California State Assembly Problem Solvers Caucus.”

Dec’s policy ideas include regulatory relief, addressing affordable housing and homelessness, tackling climate and environmental risk, and modernizing education.  His overall approach, however, is working “together with mutual respect towards sensible solutions.”  He is critical of AB5, which he says will put small trucking operators out of business.

Tim Dec is a leader in the Conservative Caucus of the non-partisan Citizens’ Climate Lobby, advocating for market solutions to address climate risk.    An opponent of the “delayed and over-budget high speed rail project” Dec says, “We have too many programs that inefficiently attempt to force the transition to a low carbon economy.”  He says the renewable portfolio standard has caused a hasty transition to wind and solar and resulted in an unstable power grid.

Instead Dec advocates a market-based, small government, non-regulatory approach to addressing climate risk. He supports policies that are environmentally effective and economically responsible.

Tim and his wife Dianne live in Mountain View and have raised two sons, who live in the area.  Tim enjoys babysitting his new grandson when he can.  You can learn more about Tim and his campaign on his campaign website, TimDec.com.