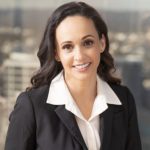 Jessica Patterson has delivered the best results the California Republican Party has seen in decades. She deserves re-election as Chairwoman of the California GOP.
The results speak for themselves. Under Jessica’s leadership the California GOP:
But the work is just beginning.
In the next cycle, we have the opportunity to elect a Republican Governor and the statewide officers that could reopen our economy, reduce homelessness, guarantee fair elections, stop tax increases, and improve public safety.  Jessica Patterson has proven she has what it takes to get the job done! Learn more on her website. 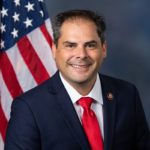 The California Congress of Republicans, in partnership with SPARC, Villages Club, Central Coast and East Valley Chapters, will host a virtual meeting featuring Republican Congressman Mike Garcia and CAGOP Chairwoman Jessica Patterson. With four flipped seats accomplished in the November election, Patterson is ready to take that momentum to gain more seats in the House of Representatives in 2022. Come to hear Representative Garcia and Chairwoman Patterson discuss their plans for 2021 and beyond.

Former East Bay Assemblywoman Catharine B. Baker has been appointed to serve on the Fair Political Practices Commission, California’s election watchdog.  She will be sworn in at the Commission’s next meeting on January 21.

Baker, who served in the Assembly from 2014 to 2018, will serve a four-year term on the Commission.  Baker has practiced election law and served as special counsel at the firm Hoge Fenton.  She currently resides in Alameda County.

The Commission was created by California’s Political Reform Act and has jurisdiction in the areas of campaign finance, lobbying, and conflict of interest.

A Republican majority in the U.S. Senate depends on victory in at least one of the two Georgia Senate elections scheduled for Tuesday, January 5, 2021.
You can support both GOP candidates and the National Republican Senatorial Committee by contributing via the link below. Please be aware that many organizations are mentioning the Georgia runoff in their fundraising appeals but are not directly assisting in these races.
MENU