Report to the Independent Journal 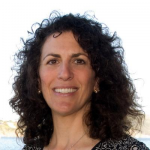 Although Republican National Convention events were canceled Monday due to Hurricane Isaac, the California delegation — which is staying at the Tradewinds Resort at St. Pete’s Beach — had a front row seat for a speech by the New Jersey phenom Gov. Chris Christie.

The hotel lobby was mobbed Monday morning in anticipation of Christie’s talk. Delegates, alternates and their guests lined up as early as 6:45 a.m.

With Bruce Springsteen music blasting in the background and a handful of enthusiastic ex-New Jerseyans in the foreground (myself included), I’d characterize the theme of Christie’s speech as “Jersey — The Hope for California’s Blues.” Introduced as the guy who “does what’s right regardless of what people say” by former gubernatorial candidate and current Hewlett-Packard CEO Meg Whitman, the governor encouraged the delegation NOT to give up trying to restore California’s greatness.    Read more…