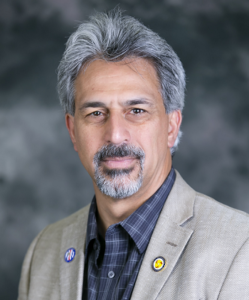 Before a packed crowd, Jim Zito recently kicked off his campaign for the District 8 seat on the San Jose City Council.  The event was attended by Mayor Sam Liccardo and numerous supporters from the Evergreen area and around the city.

Jim Zito is a trustee of the Evergreen Elementary School District, a former member of the San Jose Planning Commission, a former Biotech manager, and a resident of Evergreen for over 30 years. His three children were born and raised in Evergreen and attended Evergreen public schools.  He has long been active in the community.

While still on the Evergreen School Board, in order to better understand the needs of the students and teachers, he began teaching math and science at a middle school in the Alum Rock district with many students from low income households.  He says it has been “A truly eye-opening experience”.

He says that as a councilman, “I’ll stand up loud and clear for our needs: for better streets, for better public safety, for better parks, for stronger neighborhoods and all the while I’ll respect that each dollar the city spends is a hard-earned dollar out of our pockets.”

“I believe the thing that separates me is I’m a fiscal conservative,” said Zito, in a San José Spotlight article.

Jim Zito is very proud to have been raised in Brooklyn.  His grandparents arrived at Ellis Island as immigrants from South Italy in the early 1900’s, and many extended family members still live in Brooklyn.

Jim started earning money at age 12, mowing lawns, washing dishes, and baking.  He says, “I’m a firm believer that hard work builds knowledge and character.”  He earned his bachelor’s degree in computer engineering at Stony Brook University and got his first engineering job in Colorado.  In 1984 he moved to San Jose to seek opportunity.

He worked at Perkin Elmer as a systems engineer, at Applied Biosystems as a global services manager, and at AB Sciex as a program manager.  He says, “These jobs instilled in me the urgency of finding real world solutions to real world problems, in real time.”  Along the way he earned an MBA plus several technical certificates.

After getting married and starting a family, he got actively involved in community activities. He assisted with the formation of the St. Francis of Assisi Catholic Parish in Evergreen.  He was a founding member of the District 8 Community Round Table. He served on the Evergreen-East Hills Vision Task Force, and was later appointed as a member of the San Jose Planning Commission, where he served two terms.  He also served as a member of the Envision San José 2040 General Plan Task Force, and sat on the two subsequent 2040 update committees.

Zito believes that education is the key to moving up in America and is committed to making sure we have the best education system in the world right here in San Jose.  He won election to the Evergreen Elementary School Board in 2010, and is in his third term.  He says, “I have worked to improve student performance, provide student enrichment opportunities, supported high quality teaching and mental health support services, and have always considered the practical needs of students who were often coming from other countries and cultures.”

What sets Zito apart from his opponent, he says, is that besides his decades of experience and involvement, “I always walk-the-walk. I am always willing to go to the next level to accomplish what is necessary and create a better quality of life for all district 8 families & residents.  If you look at my years of volunteerism and advocacy, you’ll see that each action and position builds on the last. I am continuously upping the game for the benefit of our district.”

You can find out how to get involved with Jim Zito’s campaign on his campaign website.

The California Republican Party will conduct a regional training program for Bay Area Republican volunteers this coming Saturday, December 7 from 10 a.m. – 4 p.m. at the American Legion, 130 South Boulevard in San Mateo.  There is no cost to attend but volunteers must sign up on line in advance to reserve their place.  GOP volunteers can access the registration page using this link.

The training program will cover the following topics:

The CAGOP regional training program is being conducted in multiple regions during this election cycle and includes the most up-to-date tactics and techniques to build our party infrastructure.  This will be the best opportunity for Bay Area volunteers to get a comprehensive view of what it will take to win this election cycle.  Space is limited so sign up now to guarantee your opportunity to attend.  Lunch will be provided for registered attendees.