Assemblyman Kiley suggests PEPPER would be better than SALT

Taxpayers across the nation will benefit from Republican tax reforms as employers use their savings to reward staff with bonuses, companies like Apple repatriate billions of dollars they kept offshore, and married couples see the standard deduction and child tax credit double. So why are Democrats complaining?

Democrats expressed outrage that California taxpayers would be limited to $10,000 for their State And Local Tax (SALT) deduction, claiming to care about middle income families even though more than 96 percent of the tax increases would be paid by those in the top 20 percent of the income distribution (those making $150,000 or more in 2018), and more than half would hit those in the top one percent, who make more than $730,000. Read more in Forbes.

Democrats and Republicans in the State Legislature were quick to respond to the impact of the federal tax reform, with very different approaches.

Democrat Assembly Members Phil Ting (San Francisco) and Kevin McCarty (Sacramento) have introduced a constitutional amendment that would create a tax surcharge on California companies, requiring they give half their tax cut savings to the State. Democrat State Senate President Pro Tem Kevin de León introduced legislation to allow taxpayers to make a voluntary donation to the State in the amount of state taxes owed above $10,000 – in lieu of taxes – giving them a charitable write-off on their federal tax return. Learn more.

Republicans have joined taxpayer advocates in calling for lower income taxes in California, and a California Republican Assemblyman offered an additional solution. Assembly Member Kevin Kiley (Rocklin) introduced AB 1864, the Prosperous Economy and Payer Protection through Equitable Rates Act (PEPPER) to allow California taxpayers to deduct their full federal tax liability on their state tax return. Kiley wrote in an Opinion Article for the Sacramento Bee, “First, it would stem the tide of Californians leaving for greener tax pastures. The exodus is hurting California across every dimension: wealth, youth, innovation, diversity and community. Everyone reading this probably has a friend, family member or employer who has left for Idaho, Nevada or other lower tax states. More reasonable tax policy would boost our economy, and ultimately, our state treasury.

Second, it would bring a much needed dose of stability to the California budget. The nonpartisan Legislative Analyst’s Office has repeatedly sounded the alarm about the wild volatility of state revenues, which are at the mercy of the stock market and one-off events. My proposal would reduce volatility, fortifying state finances against the inevitable next recession.

Finally, this reform would strike a blow against special interests, which dominate the state Capitol. These groups relentlessly drive taxes higher so they can lobby for more money. For instance, the California Teachers Association is the state’s biggest spender on political donations and was the largest contributor to the last campaign to increase the state income tax.”

Read why Republican Board of Equalization Member George Runner thinks Democrats are attacking the federal tax reform law to protect the wealthy, not the middle class. 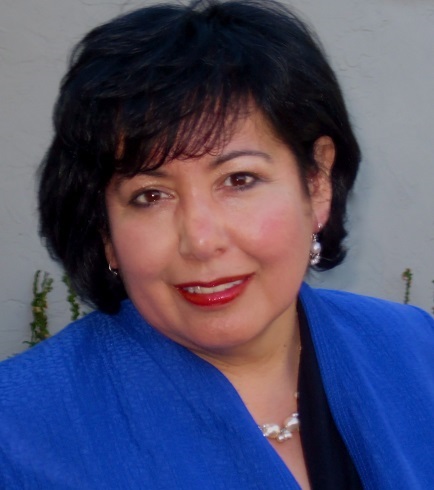 Lydia Ortega, an economics professor and longtime department chair, offers expertise and passion as she runs to be California’s next Lieutenant Governor. Her experience in economics, education, public policy, and innovation would make her a unique and effective voice in Sacramento.

Ortega has been teaching economics at San Jose State University since 1989.  For 15 years she also served as Department Chair, where she applied innovative approaches to enhance student learning as well as improve department operations.  In addition to managing her department, she developed new funding sources, and was appointed to numerous other University responsibilities such as boards and search committees. Dr. Ortega also published research in various areas, including Congressional operations.

Ortega sees how California politics has been moving to the left and dominated by Democrats for many years. “I believe I need to step up and fight that,” she says.  She’s particularly concerned about suppression of free speech on campus and feels inspired by the young people who resist the suppression.

Lieutenant Governor is an open seat, since the incumbent has reached his two-term limit.  Some of the office’s duties are not well known.  In addition to succeeding the Governor if the office is vacated, the Lieutenant Governor serves as Acting Governor whenever the Governor is absent from the state.  The Lt. Governor is President of the State Senate and a voting member of both the UC Board of Regents and the CSU Board of Trustees.  The Lt. Governor also serves on the State Lands Commission and chairs the California Commission for Economic Development.

Making College Affordable AND Productive
“When kids have big school loans and are still living in the basement, you have to ask ‘What happened here?’ “

Economic Development
“I’m not going to orchestrate economic development.  I’m going to make the land fertile for people that want to grow a business.”

Infrastructure
“We’re not equipped, we’re not robust enough to weather catastrophes that could come our way.  I want infrastructure resiliency.  We need more water storage and electrical backup.  We need to talk to emergency personnel and plan things out with geologists.”

Lydia Ortega was born in Los Angeles and grew up in the City Terrace section of East L.A.  Her grandfather had come from Mexico.  She says, “My father was an active Democrat and my mother an ardent Republican.  Living in such an environment I quickly learned to find areas of shared interests.  I’m good at seeing both sides of an issue and weighing the costs and benefits.”

Ortega earned her B.A. in economics at Loyola Marymount University, followed by a Masters and Doctorate at George Mason University in Virginia.  After teaching a couple of years at George Mason, she joined San Jose State’s economics faculty.

In 2001 her colleagues elected Professor Ortega to be Chair of the Department of Economics.  She served for 15 years and found that it was a good opportunity to apply her entrepreneurial skills.  Among her innovations were 1) redesigning the intro course to be a lecture-online hybrid class, 2) successfully initiating fundraising from external sources, 3) moving to written comprehensive exams for the Master’s degree, 4) establishing a Best Practices in Teaching Seminar, and 5) establishing the Provocative Lecture Series.

Lydia has also been active in the community.  She has served on the boards of Goodwill Services of Silicon Valley, the Hispanic Foundation of Silicon Valley, and the performing arts center MACLA.  She was a member of the City of San Jose Budget Short Fall Advisory Group in 2007. Lydia Ortega says “I’ve learned that focusing on finding areas of common ground forces you to stop stereotyping people by their party affiliation. … I have found many hardworking scholars and educators at San Jose State University who have embraced me for who I am: an economist, a professor, and a problem solving, Republican Latina.”

Lydia enjoys power-lifting for sport. She lives in Silicon Valley with her husband Sorin.  Their son is a computer science major in college.

You will soon be able to learn more about Lydia Ortega’s campaign for Lieutenant Governor at www.lydiaortega.com