The California Republican Party Convention is fast approaching and promises to be one of the more interesting conventions in years.  Here are some highlights: 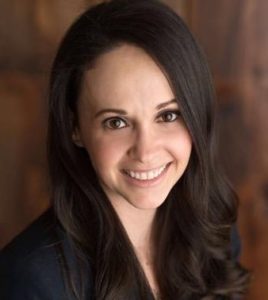 Jessica Patterson, a candidate for Chairman of the California Republican Party, has been working with and leading California Republicans for many years. She has led Republicans in a county party, the state party, gubernatorial campaigns, presidential campaigns, and training legislative candidates.
Describing her plans, Patterson says “I’m committed to working with you to rebuild a GOP team that takes the fight to the Democrats, raises money, registers voters, turns them out to vote and wins elections. It starts with Republican values, is fueled by our collective commitment and is executed by a comprehensive plan that includes the most innovative tools and technology combined with the unrivaled power of our county parties across the state.”
Jessica Patterson is currently the founding CEO of California Trailblazers, which provides valuable training to Republican candidates running for state legislature. These candidates include non-target candidates who, in the challenging legislative districts of the Bay Area, often have few resources. Christina Laskowski, who ran in Assembly District 22 last year, said, “The Trailblazers program was helpful to me in learning about state issues, learning campaign techniques, and meeting and sharing ideas with other assembly candidates.”
For the past two years Jessica has provided voluntary assistance to the White House Office of Political Affairs to support California visits by the President, Vice President, Cabinet Secretaries and Trump Family.
Among her many campaign jobs, Patterson directed the statewide CRP Victory operations in 2010 and 2012. She was the primary Field Director for a gubernatorial campaign, where she recruited county chairs and coordinated thousands of volunteers. In 2008 she was the Nevada Victory Director for presidential nominee John McCain.
The majority of Republican legislators have endorsed Jessica Patterson, including Senate Republican Leader Pat Bates, Assembly Republican Leader Marie Waldron, and Congressional Republican Leader Kevin McCarthy.
The contest for CRP Chairman started when Jim Brulte announced he would not run for re-election. Jessica Patterson entered the race on January 11th, shortly after David Hadley withdrew. The term of office is two years.
Jessica grew up in Hacienda Heights and Montebello, east of Los Angeles. While in high school, she started in politics as a volunteer for Governor Pete Wilson. She earned her Bachelor’s degree at Cal State University-Northridge in political science and government and worked as an intern with Assemblymember Bob Pacheco and then the CRP. Next she served as Executive Director of the Ventura County Republican Party. In 2006 she was a Regional Political Director for Governor Schwarzenegger’s re-election victory.
Jessica Patterson is a graduate and board member of the Marian Bergeson Series, which trains the next generation of Republican women in California politics.
Jessica is married to Wes Patterson, a nonprofit fundraiser. They and their two daughters live in Simi Valley near the Reagan Library. You can learn more about Jessica Patterson and her campaign on her campaign page.
MENU