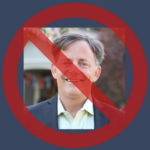 With passage of SB 117 in late August of 2017, Democrats added to a series of obstacles to a recall effort for Senator Josh Newman who cast a deciding vote on the gas tax increase. In an attempt to protect their colleague, and more importantly, their supermajority in the State Senate, this new law set up a daunting calendar of events that must transpire before a recall election can be called by the Governor.

Proponents of the recall effort could not be thwarted, and on October 25, 2017, voters in the 29th Senate District submitted a sufficient number of signatures to initiate a recall election.  This triggered a 30-day time period for a cost assessment to take place, with results announced by the State Department of Finance on December 11th.

Comparing the findings became the task of the Joint Legislative Budget Committee that was given yet another 30 days under SB 117 to review and comment. According to the report, a special election will cost $2,678,000 and a consolidated election will cost $931,000.

On or before January 11, when the 30 days have expired, the Secretary of State will certify the sufficiency of the signatures and the Governor will then set the date of the election. The California Constitution authorizes the Governor to call a recall election within 60 to 80 days or to consolidate it with a regularly scheduled election that is within 180 days of the certification of the signatures.

Whether he will use the higher cost of a special election to justify delaying the recall until June is not known, but is likely, since it would put the Senator at an advantage with a larger voter turnout.

In the meantime, the California Republican Party has a robust voter ID phone bank that has reached over 100,000 voters in the 29th Senate District. This operation will continue until the recall election.

For more information on the recall campaign, visit FireJoshNewman.com.

Republican businesswoman Cristina Osmeña will run in the 14th Congressional District on a platform that focuses on fiscal responsibility, immigration reform, and combatting human trafficking.

Osmeña immigrated to the United States from the Philippines at the age of six when her family opposed, then fled, the dictatorship of Ferdinand Marcos. She grew up in California, exiled until the People Power revolution of 1986 brought President Corazon Aquino to power.

Cristina Osmeña built an independent life in the United States, put herself through UC Berkeley, and settled into a 20-year career in the financial industry. She was in New York, working as an equity analyst, when the World Trade Center was attacked.

Transitioning into the renewable energy industry, Osmeña worked with SunEdison and then took on an executive role at SunPreme, a solar module manufacturer based in Sunnyvale. She is currently on a leave of absence as the Vice President of Corporate Development.

Her platform of fiscal responsibility is based on her desire to take the next step toward fiscal reform. Having achieved tax reform that benefits all levels of income, and makes our businesses more competitive, she states we now need to reign in expenses to address the growing national debt, without sacrificing those in need of entitlements. She recently addressed the Americans for Tax Reform in Washington, D.C., and defends the tax bill in an article she wrote prior to passage. Read about her other priorities on her campaign website.

Osmeña is the great grand-daughter of Philippine President Sergio Osmeña (1944-46) who walked ashore with General McArthur after the Battle of Leyte Gulf.

Cristina is married to Stephen O’Rourke, a developer of large scale renewable energy power plants. She currently writes a weekly column for the Philippine News.