This win sets up the battle this fall to keep or expand the GOP presence in the State Legislature to prevent Democrats from pursuing their relentless effort to increase the tax burden on hard working Californians.

Perhaps the most pivotal race in this effort will be the open seat in Senate District 12 which includes some or all of Monterey, San Benito, Stanislaus, Merced, Madera, and Fresno counties.  Madera County Supervisor Rob Poythress (see accompanying article) is the Republican nominee.

Equally important is the battle to retain incumbent Republican Assemblywoman Catharine Baker as the only partisan Republican representing a portion of the 9 county Bay Area. Baker received 56.6% of the vote in her primary, but the general election will be a challenge in a district with 27.9% GOP registration.

Republicans filed candidates in 24 districts touching portions of our coverage area extending from Sonoma to Monterey.  In all but one of those districts, Republicans earned a spot in the top two. In the remaining 10 districts, incumbent Democrats will be opposed by other Democrats, NPP’s or write in candidates – opposition made possible or easier in the case of write-ins by the top-two system.  Republicans will field five statewide candidates, this fall giving every GOP voter a strong reason to turn out to support our Republican ticket.

Republican chances will be boosted by the recent qualification of Proposition 6, the initiative to repeal the gas tax, that will now appear on the November ballot, providing our candidates the opportunity to run on a platform of lower taxes for all Californians.

In addition, the Supreme Court’s recent Janus decision will make it harder for public employee unions to raise campaign dollars to oppose our nominees.

As a result, Republicans will have some wind at their backs going into the fall election.  With your hard work and support, we look forward to many Republican victories. 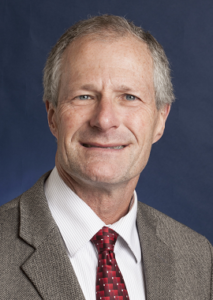 Rob Poythress, a businessman, farmer, and county supervisor, is running in Senate District 12, a race with statewide significance.  After breaking the Democrats’ two thirds supermajority in the State Senate in June, Republicans need to hold this swing seat to maintain their position.
Poythress says “The good people who live in our communities deserve better from our political leaders.  And that’s why I’m running for State Senate.”
Rob Poythress also declares, “Working together, we can make the changes we need in Sacramento to ensure more reliable water supplies, remove obstacles from economic growth, get our fair share of state resources, and protect our neighborhoods from crime, drugs and violence.”
Senate District 12 is currently represented by Republican Sen. Anthony Cannella, who is termed out.  It runs from Modesto down highway I-5 to Coalinga, and from Salinas on the west to Madera on the east. (See the map.)  It’s largely agricultural area and contains voters from six counties, including San Benito and northeastern Monterey Counties, which are in the BayAreaGOP coverage area.
SD-12 is one of just a few open seat swing districts in the state, so it’s expected to be heavily contested.  Democrats have an 18% registration advantage, but in the primary Republicans won 48.5% of the vote, so victory is achievable with work.
Rob Poythress grew up in the Central Valley and graduated from Madera High School.  He earned his Bachelor of Science Degree at California Polytechnic State University, San Luis Obispo in Agricultural Business Management.  Eighteen years later he went back to school and earned a graduate degree from Pacific Coast Banking School at the University of Washington.
Poythress has long experience with business and agriculture.  He and his brother own a local almond farm.  They are also partners in Teco Hardware, a small business that sells products to local farms.  He says, “As a small business owner, I know excessive regulations kill jobs and chase investment away.”  Rob has also served as both manager and Vice President of Citizens Business Bank, where he helped local farms and businesses grow.
Rob served three terms on the Madera City Council and was Madera’s first elected mayor.  Now he serves as a Madera County Supervisor, where his responsibilities also include serving on several boards.  He has recently chaired the Madera County Economic Development Commission and the Madera Community Hospital Board, and served on the Madera County Transportation Commission, among others.
Rob Poythress has also been active in the community, supporting several non-profit groups. He has served on the boards of Court Appointed Special Advocates of Fresno and Madera Counties, West African Vocational Schools (that teach job skills in Guinea-Bissau), and the Sherman Thomas Charter School.
Rob and his wife Carol, a teacher, have three grown children and four grandchildren. You can learn more about Rob Poythress’ campaign on his campaign website.
MENU