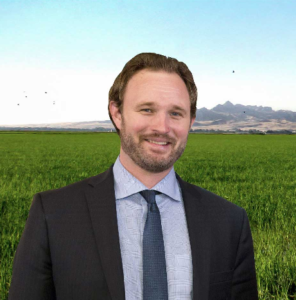 The Capitol Democrats are raising the gas tax again today in California. When you are making July 4th plans, keep in mind that gas prices will soar over the weekend. You can thank Democrats for that. Both Governor Newsom and Democrats refused to act on any solutions to provide relief at the pump, and instead, they continue to sit on their hands, throwing around lofty proposals that seem to go nowhere.

Today, the gas tax is set to automatically increase to 54 cents a gallon.

California drivers will pay between $200 to $1,000 in gas taxes alone this year. Families are making life choices at the gas station. Filling up your tank twice weekly could mean cutting back on groceries, or staying home this holiday weekend.

We, the Assembly Republicans, have attempted to put forward solutions on the floor of the chamber since January and have pushed Democrats again and again to take action. If we had just suspended the gas tax in January, Californians would have already saved hundreds of dollars at the pump.

To Democrats, this may seem like insignificant savings. However, any amount of savings is crucial to people right now as they are fighting inflation to stay afloat.

The Democrats’ proposals will do little to provide relief, and they believe that sending either $200 or $400 checks to everyone is the answer, while also pointing to this crisis as the best time to go buy an electric car.

Telling everyone to go purchase a Tesla when prices continue to soar is akin to telling us, “Let them eat cake.”

The last time the state administered a program of this scale, they sent $1 billion in fraudulent EDD checks to criminals sitting in jail. It was a total disaster, and eroded taxpayers’ trust.

Their claim that gas tax revenues go straight to fixing our roads is a mistruth. We pay some of the highest taxes in the country, yet our state has the worst roads.

As you fill up your gas tank this 4th of July weekend, remember to thank a Capitol Democrat and President Joe Biden.

Assembly Republican Leader James Gallagher represents the 3rd Assembly District, which encompasses all of Glenn, Sutter, Tehama and Yuba counties as well as portions of Butte and Colusa counties.

Rob Bernosky, a community and business leader with experience in finance and turning around organizations, has reached the November runoff election for California Secretary of State, the office which oversees state elections.  Bernosky intends to use his skills to improve confidence, security, turnout, and civic engagement in state elections.

In recent years California has suffered two major voter registration snafus under Democratic leadership.  The Motor Voter system likely resulted in errors on 100,000 registrations.  The state settled with Judicial Watch for failure to clean up the voter rolls, as required by the National Voter Registration Act.

Rob Bernosky earned his college degree in business administration and accounting.  He has worked as a Chief Financial Officer in a variety of companies and industries, often to implement new systems or turn around a troubled business.  He is well equipped to deal with the state’s deficiencies in reforming procedures and modernizing technology.  Bernosky says, “My business card says ‘Special Situation Solutions’ because I get involved in difficult business situations and help turn the entity around. I take a practical approach, focusing on what the problem is, not what the politics around it may be.”

Bernosky is also quite familiar with elections and political process.  Over the years he has won election and served his community on two school boards, and on the County Committee on School District Organization.  He also served on two water boards, and as county party chair, as well as Regional Vice Chair.  He has also worked with local officials to improve roads, traffic, and schools.

Bernosky believes that many societal ills, such as inflation, high crime rates, and poorly performing schools, can be improved by increased participation in elections.  “This mess is a direct result of the policies that come from your elected officials, and too few people participate in our elections process.”

“The result of the June Primary is that this is a historic opportunity for California Republicans to move the needle in this liberally overreaching state.  Let’s not blow it by not coming together; let’s get people out to vote like we have not done in decades, and win seats and offices.”

Rob Bernosky lives in Hollister with his wife, Jenny, a school superintendent.  They have 3 grown children.  You can visit Rob’s campaign website at www.votebernosky.com .