The Year of School Choice

The pandemic made it clear that we can do better for our children.

BayAreaGOP.com is pleased to present this guest column by former Gov. Jeb Bush.
This op-ed was originally published by the National Review and is reprinted by permission of the author. 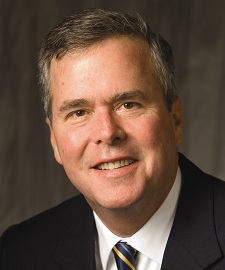 The pandemic made plain that if you let adults be the priority in how you run your schools, students will always come second, at best.

Despite every effort to reopen schools and evidence that it was safe to do so, many school unions and school bureaucracies fought parents tooth and nail.

Students have suffered in every possible way: Their intellectual growth, future learning, physical and mental-health well-being and future lifetime earnings have all been slowed or stunted.

But it was clarifying, and now, parents are voting with their feet. Public-school enrollments are down by 2 percent — representing more than 500,000 students. That’s well off the usual increase of a half-percent per year. And official enrollment figures may mask the full extent of the crisis, as several school systems continued to “count” students as attending even if they had withdrawn completely from virtual-learning programs.

Parents show dramatic support for direct funding of their children’s educational needs. According to a poll of 2,700 K–12 parents by the Walton Family Foundation, strong majorities favor the use of federal education dollars for student-centered needs, including high-quality tutoring, pre-K programs, and summer school. But this caught my eye: 65 percent said they want federal stimulus dollars to support creating more school options such as charter schools and learning pods, and 62 percent want direct grants of $500 per child to help parents afford whatever education needs they have.

State leaders are waking up, and some see that they have to give students better options and more responsive schools. More than a third of the nation’s state legislatures are moving school-choice bills forward. Already, a dozen states have expanded private-school-choice options, and four states — Indiana, West Virginia, Kentucky, and Missouri — have created new education-scholarship-account programs that put money aside for parents to make decisions on their children’s learning. West Virginia adopted a near-universal education scholarship account — the first in the country. And in my home state of Florida, where more than half of K–12 students already have access to educational choice, state leaders extended eligibility for scholarships to 1.2 million low-income students.

This is unprecedented. Voucher and tax-credit scholarship programs are also being expanded in Georgia, Indiana, Oklahoma, Kansas, Montana, Iowa, South Dakota, and Arkansas. Indiana is setting the bar by expanding private-school choice to serve middle- as well as low-income families and at the same time increasing funding equity for public-charter-school students.

In New Hampshire, Governor Chris Sununu and legislative leaders are championing educational-freedom accounts that have the potential to serve 90,000 students. And as the session draws to a close in Arizona, Governor Doug Ducey is waiting for the legislature to send him bills that would expand tax-credit scholarships and triple the number of Empowerment Scholarship Accounts available to families. Now’s the time to get these student-focused policies over the finish line.

Of course, not everyone is getting aboard. In Rhode Island, long dominated by anti-choice public-school unions, the Senate passed a three-year moratorium on new charter schools. Governor Dan McKee promised to veto it: “As the parents of our most vulnerable students evaluate learning opportunities and their options available to their kids, the General Assembly is considering putting even stricter limits on their choices,” he said in his veto threat. I couldn’t put it better myself.

As a longtime advocate of family empowerment, I believe this is our moment. It is not merely enough to pass into law more options for parents, more scholarship programs, more charter options, or more tax-credit scholarships to private schools.

School-choice advocates must be able to demonstrate results. Here are a few areas where we can deliver: getting students to read and do math at grade level (roughly two-thirds of fourth-graders in public school don’t); preparing students for the rigor of first-year college work (1.7 million students currently require remedial work); and preparing students to be literate and numerate enough to thrive in the workplaces of today (roughly 50 percent of Millennials aren’t).

School choice has to represent a fundamentally better fit and more engaging experience than what students and their families have grown used to in the public-school “take it or leave it” model. The pandemic has demonstrated the extreme downside of that traditional model, and so it’s vital that student-centered schools — public and private — improve results.

The forward-thinking schools of today are already doing that — and not just because of COVID. Through policies such as open enrollment, which breaks the chains between ZIP code and school enrollment, public charters, tax credits for private-school scholarships, education savings accounts, and vouchers, we are seeing clear results — and a clear difference. In public charter schools alone, here’s what research shows: Students are more likely to learn more in less time, graduate from college, benefit from diverse student populations, be taught by teachers who are black, and promote better results in neighboring traditional public schools. Private schools deliver similar gains.

This is just a fraction of what is possible when you put students — and not adults — at the center of our school decisions, school funding, and school policies. Of course, just getting students into physical classrooms proved to be too difficult for most traditional schools to pull off. We can do better. In fact, we already are doing better. And now it’s time to do so for millions more American families. 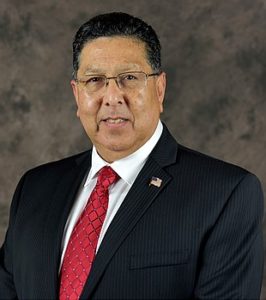 From removing a corrupt city administration and leading a city recovery from near bankruptcy to designing a vision for the future, Hercules Councilmember Dan Romero has plugged away year after year at improving his city – with considerable success.

Over a decade ago, it came to light that the Hercules city manager had granted a contract to family members, and that the city had made sweetheart deals on developments. City council members were not providing adequate oversight, and as a result city finances were in jeopardy.  Dan Romero was a leader in the recall campaign, which removed three council members and elected three new council members, including Romero himself.  They hired a new city manager and city attorney.  They had to lay off city employees, reduce salaries, and take other measures to avoid bankruptcy, but they survived the storm.

When Dan Romero was running for reelection in 2016, the East Bay Times said, “No one works harder for Hercules than Romero, the only incumbent seeking re-election. He was the hero who called out the corruption of the past when most others weren’t paying attention. More than any other candidate this year, he understands the challenges ahead.”

Hercules is located in western Contra Costa County on the San Pablo Bay and highway I-80, about 5 miles southwest of the Carquinez Bridge.  Hercules originated in the late 1800’s as a small company town for the Hercules Powder Company, which produced explosives.  It’s now a city of about 25,000 people.

Dan Romero has served as mayor three times while on the council.  When there was a series of shootings in 2016 on the I-80 freeway, he requested that the state provide a camera network on the freeway.  He was able to get the five other West Contra Costa mayors to endorse the request, and eventually a network was installed.

Romero’s recent efforts have centered on economic growth and financial security for the city.  He wants to assure a successful opening of the Sycamore Crossings center with a new hotel and to see the Hercules rail station added as a stop on the Capitol Corridor trains to Sacramento.  The new Safeway grocery store was a priority of his, and it opened in April.  The additional tax money generated should improve the city’s financial outlook, and he doesn’t think the property transfer tax being discussed is necessary.

Romero works professionally in the insurance business. He has been married for 37 years.  You can learn more about Dan Romero on his 2020 campaign website.