Election Integrity and the CAGOP: Protecting our Right to Vote

The June Primary Election is upon us, which means that ballots are now in the mail and ready for you to return. To date, Democrats have been returning their ballots at a higher rate than Republicans. One of the best ways to ensure that our candidates get into the top-two in the November election is to return your ballot and then verify that it has been counted. Many counties have a system in place where you can track your ballot, so that you can confirm that your ballot is received and counted. In addition, the California Secretary of State runs a website that helps voters track their mail ballots: https://california.ballottrax.net/voter/. Be sure to share this link with your Republican friends so that they can track their ballots as well.

Since the 2016 election, we have seen an increased focus on election integrity. In 2020, the CAGOP developed an election integrity hub that included an incident report and hotline monitored by staff and outside Election Day Operation Counsel. Hundreds of incidents were reported to our hub, and were monitored by staff and counsel. In addition, the CAGOP built-out a robust ballot curing operation to help voters “cure” any defective ballots, and to ensure that every Republican vote was counted.

In 2021, the CAGOP formed a permanent Election Integrity Committee. The Committee built out a local County Election Integrity Officer program with Election Integrity County Officers in each of California’s 58 Counties. A crucial part of this process includes local Republican lawyers recruited to help monitor the ballot counting process. Bay Area Republican lawyers should reach out to me, the Bay Area Regional Vice Chairman to volunteer for this important task: bayareavc@cagop. Non-lawyers who want to volunteer as poll watchers, or obtain further training can visit the CAGOP’s election integrity portal: www.CAElectionIntegrity.com. In preparation for the 2022 Mid Term Elections, the CAGOP’s Election Integrity Committee and its County Central Committees are making election integrity a top priority for the CAGOP. 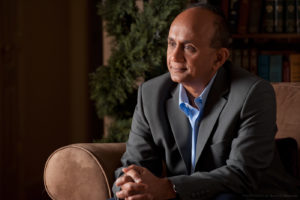 36 years ago, a young student from Bangalore, India arrived at the University of Kentucky to study chemical engineering.  After getting his degree, raising a family, and a successful career in the alternative energy and technology sectors, Sri “Steve” Iyer is running for Congress to bring common sense, conservative solutions to the problems of his Alameda County district.

California’s 14th Congressional District includes the cities of Pleasanton, Livermore, Dublin, Hayward, Castro Valley and Union City – an area commonly known as the Tri-Valley.  Iyer seeks to replace a scandal-plagued incumbent who is no longer “standing up for his district.”

Topping the list of district issues is runaway inflation, sapping the purchasing power of district residents.  He calls it an “inflationary death spiral” spurred by the administration’s wasteful spending and inexperienced leadership on supply chain and energy issues.  He points out that our inflation is entirely avoidable and that only Brazil and Turkey have higher rates of inflation than the United States.  Steve’s record of success managing large energy projects with complex supply chains perfectly qualify him to be a leader in Congress in getting inflation back under control.

Having studied in both the U.S. and India, Iyer says that “woke ideology and political correctness” threaten the “critical thinking and analytical foundation of our education system.”  He calls for “transparent curriculum with parent input and competition for tax dollars” to improve educational outcomes.

A strong advocate of border security, Iyer says that allowing our borders to be overrun is eroding the value of being a legal immigrant and an American.  He points out that the administration’s open border policies have undermined our COVID 19 response and led to a dramatic increase in the availability of drugs on the street.  He proposes to ban sanctuary cities and make Title 42, the ability to turn away immigrants at the border for health reasons, permanent.  At the same time, he wants to increase DHS staffing to reduce wait times for legal immigrants.

As the Democrat party moves leftward, Iyer says the Republican Party is now the party of common sense ideas.  He supports policies to make the U.S. energy independent AND using innovation to reduce waste and emissions.  He criticizes the “celebrity-driven climate alarmism” of the Green New Deal activists.