Key Dates for Republican Candidates Running for Office in 2018

With the June election fast approaching, Republican candidates are stepping up to run for local, legislative, congressional, and statewide offices. Below is a summary of the upcoming Election Calendar deadlines:

March 12 – deadline for a candidate to withdraw their Candidate Statement.

March 15 – Randomized alphabet drawing by the Secretary of State and Counties to determine the order of candidates on the ballot.

March 29 – The Secretary of State will publish a certified list of candidates.

April 4 – Signed Delegate forms to nominate statewide candidates for CRP endorsement must be received by the State Party.

May 4-6 – The Endorsing Convention will take place in San Diego. Delegates will vote in successive rounds, dropping the candidate with the lowest total of votes, until a candidate receives more than sixty (60) percent of the vote.

If you have questions about the California Republican Party’s endorsement process, contact Delegate Services Manager Izaak Pichardo at membership@cagop.org.

Mark Burns for State Board of Equalization – District 2 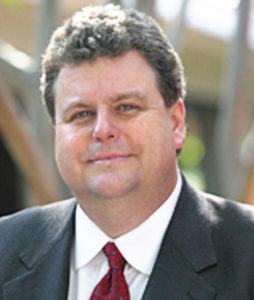 As a real estate professional who understands property values and assessment, a leader in the community, and an advocate for taxpayers, Mark Burns would make an excellent Member of the state Board of Equalization (BoE).

Mark Burns has worked for 32 years in the real estate business in Silicon Valley, where he has made over 800 sales.  He’s developed a keen sense of how to value property, key knowledge for the Board of Equalization’s first constitutional duty of bringing property tax assessments around the state into conformity.  Assessments are made locally by county assessors.

Burns is campaigning as “a staunch and long term supporter of Proposition 13 and Propositions 60 & 90 (property tax base transfers for seniors)”.  He “will fight to improve accountability and efficiency” within the BoE.  He has experience working for taxpayers.  He’s chaired the Citizens’ Oversight Committees in his community for both the high school district and the K-8 district.  He has successfully argued to the county Board of Supervisors to retain Prop 90 protections.

Mark Burns has been a leader in his profession and his community.  He has served as a board member and President of the Silicon Valley Association of Realtors®, as well as of its political action committee.  He served 13 years on the board of the Cupertino Chamber of Commerce, including as President.  He served as a Hearing Officer of the Professional Standards and Arbitration Committee of the San Jose Real Estate Board.  He also served as CFO and board member for The Pacific Autism Center for Education.  He created programs for realtors to support local schools and received the Fremont Union High School District Friend of Education award for 20 years of service.

The state Board of Equalization has four elected members plus the state’s Controller.  Each elected member represents about 9.5 million people.  The Second District includes the western strip of the state from Del Norte County down the coast to Santa Barbara County.  It includes the entire Bay Area.  (See the map.)  The seat will be open because the incumbent is running for higher office.

The state Board of Equalization was dramatically restructured in 2017 by new legislation, as a result of audit reports showing misallocation of funds and misuse of staff.  The BoE retains its core constitutional duties, including “adjusting property tax assessments, assessing taxes on insurers, and assessing/collecting excise taxes on alcoholic beverages.”  The collection of sales and excise taxes will now be handled by the new Department of Tax and Fee Administration, while the new Office of Tax Appeals will hear appeals on other tax matters.  Much of the BoE staff of 4800 was shifted to the new departments, leaving only 400 employees.

Mark Burns lives in the South Bay.  Read more about the candidate on his website.