San Benito County Supervisor Peter Hernandez is running for Congress in the new District 18.  He is concerned that “The lack of public trust is at an all-time high” and that divisive top down policies and deferral of local authority have made us ripe for loss of freedom.  “My desire is respect for the Middle class.”

As a supervisor, Peter Hernandez was the catalyst in making the downtown revitalization happen, helping the economic vitality of the community.  He initiated establishment of Riverview Regional Park.  On healthcare policies, he pushed policies that would educate rather than mandate. 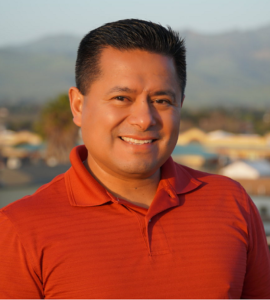 Congressional District 18 is a lengthy district that runs all the way from downtown San Jose to the southern line of Monterey County beyond King City.  It includes eastern Santa Clara County, all of San Benito County, a bit of Santa Cruz County near Watsonville, and the inland Salinas Valley portion of Monterey County.  One can go to this link and scroll down to CD18 to see a map.

The Citizens Redistricting Commission tried to create districts that represent “communities of interest”, which apparently include District 18’s agricultural areas and Latino majority.  It should be an interesting challenge for incumbent Democrat Zoe Lofgren, a 74-year old attorney whose previous district was entirely in Santa Clara County, to see whether she can attract these voters.

Peter Hernandez was born and raised in Hollister by immigrant parents who worked the fields.  He bought his first bike after working as a laborer in the apricot orchards.  He attended Hollister’s San Benito High School.

During his twenties, when his father was preparing to apply to be a U.S. citizen, Peter learned about the founding of our country and the Constitution.  He was fascinated and became very interested in both our government and maintaining our freedom.  He also learned about the role of faith in the founding and later became a devout man of faith.

Some years ago, Peter and his wife enjoyed a delicious shave ice in a lovely tropical setting.  They were so taken by the experience that they started a business, Ohana Shave Ice, to bring it to Hollister.  Ohana is a Hawaiian word for family.  Their business gives the customer not only the shave ice but also a bit of the beautiful tropical experience.

As his interest in public service grew, Peter ran for the Hollister School District Board in 2014 and was elected.  He pushed for excellence in the district.  He was elected to the county board of supervisors in 2018.

Peter and his wife Karina live in Hollister, where they have been raising their four kids.  You can find out more about his campaign at his campaign website: hernandezforcongress.com .  He has a fundraiser coming up in Morgan Hill on March 12.

Judicial Watch has sent warning letters to two Bay Area counties telling them that they must clean up their voter registration lists in order to comply with federal law. 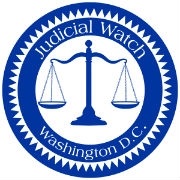 The National Voter Registration Act of 1993 (NVRA), requires counties to notify inactive voters and then, if they fail to vote in two federal elections, remove them from the voter rolls.

According to information reported to the federal Election Assistance Commission and published by Judicial Watch, both Solano and Contra Costa counties have failed to remove inactive voters as required by law.

Solano and Contra Costa counties are part of a group of 14 counties in California, Oregon and New York that have received warning letters from Judicial Watch.

During the 2020 election cycle, the Santa Clara County Republican Party made an official inquiry of their county registrar to understand how the county is complying with federal law and the directive from the California Secretary of State.  The inquiry and the registrar’s response is posted on the Election Integrity page on this website.

County parties that are concerned about election integrity have the opportunity to take similar action to ask their county registrar how they are complying with the California Secretary of State’s directive to remove inactive voters as required by law.

BayAreaGOP.com welcomes updates from Bay Area Republican parties on how their local county registrars are complying with federal law.