If you are a delegate and cannot attend the General Session on Sunday morning of the Convention, please contact us at Convention@BayAreaGOP.com.

Delegates, Associates and their guests may purchase registration, meal and reception tickets at this link. Discounts are available for College Republicans thanks to those of you who sponsor a College Republican for $40 when you register.

We will provide more details about Convention events on our Spring Convention page. 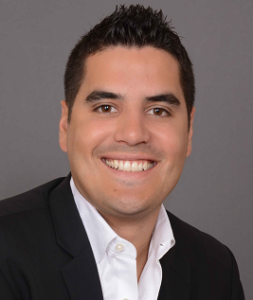 When he heard that his Representative in Congress, Democrat Zoe Lofgren, had no opponent, Justin Aguilera stepped up to take on the challenge himself.  However, he needs voters to write in his name so that he can become our Republican candidate in the fall election.
Justin has an entrepreneurial spirit.  He has been working in Silicon Valley as Director of Business Development and Marketing for a bail bonds company, as well as similar work for Global Supply Industries Inc.
Dedicated to community service, Justin has worked with various charities, including tutoring and passing out goods at Sacred Heart in San Jose, preparing food at Dorothy’s Kitchen, and volunteering at STAR Riders in Marina, where they provide horseback riding to disabled children.
Having spoken to many young people, Justin is aware of the many issues that affect the children of Santa Clara County.  They grow up in an age of ever advancing technology, with a staggering amount of student loans, and difficulties in finding affordable housing.
Congressional District 19 runs from central San Jose down Highway 101 to Gilroy.  (See the map.)  A voter from the district need only write the name “Justin Aguilera” on the appropriate place on the ballot, for either a mail-in ballot or at the polling place.
Justin Aguilera was born and raised in the Alum Rock distict of East San Jose.  He attended Valley Christian High School and received a scholarship to play baseball at California State University Monterey Bay where he majored in Kinesiology.
His campaign says “As a lifelong athlete there is only one goal when he steps onto the field; that is to win.  As a candidate, that is exactly what Justin will accomplish, … the main goal of being a role model along with representing District 19 with everything that he is, to make sure our district is safer, our youth are protected and that they may have the best education possible.”
Justin says, “Accomplish anything with determination and perseverance.”
Justin Aguilera and his wife Candace reside in San Martin, south of San Jose.  You can learn more about Justin on his campaign website, www.JustinAguilera.com, or his Facebook page.
MENU