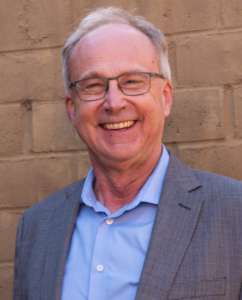 Fremont businessman Bob Brunton scored an impressive finish March 3rd when he came in first in the 25th Assembly District primary race, over five percentage points ahead of his closest contender.  He’s running an issue-oriented campaign, focusing on ways to improve government without raising taxes.

Brunton, whose campaign slogan is “Just Solutions, Not Excuses”, has a passion to repair government.  He focuses on four key areas: mass transit, civil justice, education, and the way government treats us. He proposes combining the Bay Area’s 24 mass transit agencies into one with an elected board, and establishing public defenders for civil lawsuits.  With regard to housing, he proposes reallocating 2 cents of the sales tax to where the purchaser lives, which would provide an incentive to cities to add housing.

He is particularly experienced in education, having served on the Ohlone Community College Board.  He says, “Simultaneously, we find ourselves both overspending on Education and underinvesting in Education.”  He proposes: allowing students to attend school near their parents’ workplace, a Common Course Numbering system that would allow college students to take some of their courses at different schools, simplified and equalized school funding, and setting money aside in advance for school building replacement.

Assembly District 25 is an open seat being vacated by Kansen Chu, a Democrat who is running for county supervisor.  The district includes Newark, most of Fremont, Milpitas, Santa Clara, North San Jose, and the hills east of San Jose.  (See the map.)

Brunton’s opponent in the runoff is 24-year old Alex Lee, a self-described “progressive Democratic candidate” whose experience is as a staffer to various legislative Democrats.  The Mercury News has written that Lee does “not have the experience needed to be effective in the Assembly.”

Bob Brunton grew up in Elgin, Illinois and Fort Collins, Colorado.  Bob’s father set an example of public service for his family, serving as city manager of both those cities, as well as others.  Bob learned from him that you can get a lot done if you don’t worry about taking credit.  While working full time at Sears, Bob earned his B.S. at Colorado State University in business and finance.

Brunton’s job selling for Armstrong eventually brought him to Fremont – where he put down roots.  He has been a business owner in the district for over 30 years and still runs the two companies he started, one providing manufacturer’s representative services and the other doing financial planning and management.

Bob Brunton has long been active in the community, helping to start Newark Toastmasters and the Fremont Education Foundation, and serving as a member of Fremont Rotary.  He is a graduate of Leadership Fremont, the Silicon Valley Chamber Leadership Program, and Santa Clara County 101.  He was elected three times to the Ohlone Community College Board, where he served 12 years, including twice as president.  One of his innovations was to arrange meetings with other South Bay community college boards to share approaches to their jobs.

The combination of an open seat, his independent voice, an inexperienced opponent, and the uncertainty of our times, offers Brunton an opportunity to be seized.

Bob Brunton has two grown daughters.  He, his wife Elena, and their dog Vivaldi live in Fremont.  One may learn more about his campaign or get involved in it on his campaign website, votebobbruntonforassembly.com.  You can hear what he has to say this Sunday, May 3rd, 3pm, at an online event.

California Special Elections are Bellwether for the Nation

On May 12, 2020 Californians in two Southern California Districts will have the opportunity to vote for new members of Congress and the California State Senate, and Bay Area Republicans can help them get elected.

In CD 25, former Navy pilot Mike Garcia seeks election to the seat held by disgraced Democrat Congresswoman Katie Hill who resigned last November.  Mike grew up in the district, graduated from the U.S. Naval Academy and then spent nearly 20 years in the U.S. Navy.  A highly skilled and decorated pilot, he flew 30 combat sorties during Operation Iraqi Freedom in 2003.  In 2009, he returned to the district where he has worked in real estate and as an aerospace company executive.

In SD 28, Assemblywoman Melissa Melendez is running to succeed former State Senator Jeff Stone, who was appointed to a position in the Trump Administration.  Melendez was elected to the California State Assembly in 2012 where she has served on Budget, Emergency Management, and Natural Resources committees among others. Prior to serving in the California Legislature, she graduated from Monterey’s Defense Language Institute and served for ten years as a Russian translator in the U.S. Navy.  In 2008, she was elected to the Lake Elsinore City Council where she also served as Mayor.

Both Garcia and Melendez were in the top two finishers for their respective positions in the March 3 primary.  The May 12 special election has been declared by Governor Newsom as an all-mail-ballot election.

In a presidential election year, these two races will be closely watched by the national media as indicators of voter sentiment in the coming elections.  However, even more important is the opportunity to replace a liberal Democrat with a Republican member of Congress who can help the President in his efforts to combat the Corona virus and protect America’s interests around the world.  Both the President and Republican Leader Kevin McCarthy have expressed strong support for Garcia, and McCarthy recently co-hosted a statewide video conference to introduce Garcia to Republican volunteers.

The election of Melissa Melendez would maintain Republican strength in the California State Senate, which now serves as the last line of defense against the increasingly liberal agenda of the California Democrats in Sacramento.

Both campaigns have requested the participation of California GOP volunteers in phone-from-home programs targeted at turning out Republican voters in special election.  You can sign up to help Mike Garcia and Assemblywoman Melendez by joining a scheduled training or clicking on their campaign logos on this home page.  Thanks to all the volunteers who have already joined the effort and made calls.

A big thank you to all the volunteers who made calls to those districts to help get out the vote. Ballots in the all-mail ballot election will continue to be counted over the next 29 days in order to determine the final outcome.