Eradicating Pandemics One Signature at a Time – the Recall Reopening

In January 2021, Senator Scott Wilk was unanimously selected by his colleagues to serve as Senate Republican Leader.  BayAreaGOP.com is pleased to present this guest column by Sen. Scott Wilk.  This op-ed was originally published by the Southern California News Group. 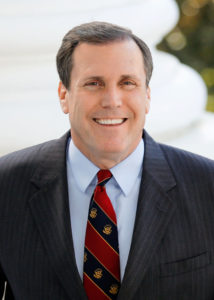 If there’s one thing that’s consistent with Gov. Gavin Newsom during the pandemic, it’s inconsistency.

Constantly moving goalposts have caused more economic harm in California than anywhere else in the country. While our unemployment rate hovers at around nine percent, one of the highest, more than 19,000 business have closed their doors forever.  Many others remain on the brink of collapse.

Understandably, the frustration and anger is palpable among businesses owners, parents, students, and millions of Californians struggling to access unemployment benefits.

The ever-changing and inconsistent rules do not appear based on science or data as the governor promised.  One week we are bogged down by complicated and obtuse rules based on color-coded tiers, and the next we are told things look so great we will be able to reopen by June 15th.  Just like that, the threat of the virus went away. It does not take a rocket scientist (no offense to them) to connect the dots between the looming recall qualification and the sudden change of fortune for California.

If the governor’s “recall reopening” happens – and it is actually safe to bring California back to life –  we welcome the news.  It will be a tremendous relief for those who have been struggling for more than 13 months to keep their business afloat, educate their kids at the kitchen table, or work from home– but I won’t hold my breath.

One of my local school districts received a waiver to reopen late last year, they held off because of the surge and set a reopen date earlier this year only to be told a few days before students were set to return that the governor was changing the rules again. The reopening previously approved would have to wait. The money forked out to reopen was gone; parents would again be adjusting their schedules, as would all of the school personnel.  So, we have been down the governor’s yellow brick road before….

If things are looking as rosy as the governor wants us to believe, it is also time to end his emergency powers. California’s Emergency Services Act, written decades ago, before all of the technological advances that allowed remote working and distance learning, reflect a time when people were afraid a catastrophe would completely shut down government. That is not the case during the COVID-19 pandemic and it is well past time to end Governor Newsom’s authority.

Senate Republicans have introduced several bills that would end his one-man rule and restore our constitutional three co-equal branches of government. They include:

With 13 months of inconsistencies, it is hard to take the governor at his word on a June 15 reopening. One can hold out hope that with the threat of a recall he actually takes the pulse of Californians, and sticks with this date. I’ll believe it when I see it. 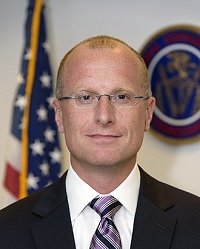 SPARC, the South Peninsula Area Republican Coalition, and CCR, the California Congress of Republicans, gathered a potent combination of Washington leaders when they jointly hosted Representative Ken Buck and FCC Commissioner Brendan Carr for a discussion of “How to Rein in Big Tech”.  Ken Buck is the Ranking Republican on the Antitrust Subcommittee of the House Judiciary Committee and represents eastern Colorado in Congress.  Brendan Carr is a commissioner of the Federal Communications Commission, who was appointed by President Trump in 2017 and previously served as the general counsel of the FCC. 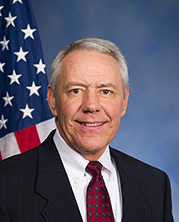 Buck pointed out that both Republicans and Democrats want to see reform of the Big Tech companies, although for different reasons.  That offers some opportunity for bipartisan agreement.  Democrats are concerned with the companies’ big power, while Republicans are concerned with maintaining competition in the marketplace.  He identified the “five monopoly platforms” as Apple, Amazon, Facebook, Google, and Twitter.

Representative Buck sees several promising areas of reform.  A former prosecutor himself, he says, “We have to get the FTC and the DOJ Antitrust Division more resources” for enforcement.  He also wants to require data portability, putting power back in the hands of consumers.  And he would like serious scrutiny of mergers and acquisitions, so that the big companies can’t just buy up their competitors without questions.

Commissioner Carr said that Republicans want more speech and less censorship, while Democrats want less speech and more censorship.  He explained that the problem is not a person posting a sticky note on the bulletin board, but rather when some authority takes it down.  He discussed Section 230 of the Communications Act of 1934, which provides immunity from liability for website providers who publish information provided by third-party users.  He said that Section 230(c)(2) should be tightened so there is less take down.  It makes more sense to require transparency and accountability by platforms than to give government more power over speech.

The discussion showed how a multi-agency strategy involving the FCC, the Department of Justice, the FTC, and Congress may be the most productive approach to reining in the big tech platforms while still encouraging healthy market competition.