Catharine Baker leads in race for re-election to Assembly

Volunteers and donors work together to achieve local election victories

Catharine Baker holds lead in a tight race for re-election in AD 16 which covers portions of Alameda and Contra Costa counties.   On the morning after election day, her lead was approximately 2800 votes with thousands of votes still to be counted.

Throughout the extended Bay Area, Republican candidates for local office who received support from both Republican volunteers and donors were able to win election.  Here are some of the candidates that won or were leading, who were endorsed by their local GOP county central committee and received funding from the Lincoln Club of Northern California.

Thanks to all our volunteers and donors who made these results possible.

What will you do to determine the future of our state?

It is not too late for Bay Area Republicans to make a difference in the outcome of the 2018 elections.  Republican turnout could easily decide a number of state races and ballot measures.

Bay Area races could determine if Republicans gain or lose ground in the state legislature and whether or not Democrats’ succeed in their attempt to achieve supermajorities in both state houses.

Often our best opportunities to elect Republicans are at the local level and 2018 is no exception.

BayAreaGOP.com presents a variety of volunteer opportunities to boost Republican turnout.  View the Upcoming Bay Area Events List and please choose the volunteer activity you like best to help get out the vote this final weekend before election day.

Then celebrate with your favorite candidate or local GOP organization on election night.

With your help, we can achieve victory this November. 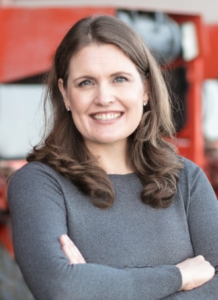 Marla Livengood is running in CD-9, one of the most winnable congressional districts in the Bay Area.  The district runs from Antioch all the way to the Central Valley, and it’s those more conservative Valley voters that improve prospects for a Republican candidate.

After spending much of her career representing farmers in Washington, DC and Sacramento, Marla Livengood wants to represent residents of the 9th Congressional District in Congress – particularly those Central Valley residents who are often neglected.

Livengood has worked in several policy related jobs and is currently Regulatory Affairs Manager for the California Strawberry Commission.  There she represents the farmers, processors, and shippers of California’s strawberry industry, which contributes $3 billon to rural economies.

Marla Livengood declares, “It angers me to see the Washington D.C. elite and self-serving special interests ignore our values of strong faith, family devotion and hard work. It will be my number one priority to represent you, not the entrenched party politicians.”

She describes some of the experiences that help her relate to the people of the district and want to represent them.  “As a full-time working mom, I too have to work harder and longer each year to keep up with skyrocketing costs and taxes. As someone who has worked in and for agriculture most of my life, I understand the struggles of both farmer and farm worker. And as a community volunteer, I know the significant needs in our community that must be addressed.”

The 9th Congressional District includes the northeast corner of Contra Costa County, most of San Joaquin County, and a bit of Sacramento County.  Its largest cities are Stockton and Antioch.  It includes rivers of the Delta and farmlands of the Central Valley.  See the map.

Marla Livengood was raised on her family’s farm in Collegeville, east of Stockton.  During her childhood she worked alongside her family at Sousa Farms.  She earned a Bachelor of Science in Agricultural Economics from CSU Fresno.

She learned much about public policy working for Congressman Richard Pombo and rose to serve as his Legislative Director.  In this role, Marla worked with both agricultural and transportation policy for the nation and staffed the related Committee assignments for the Congressman.

Marla Livengood has held other jobs assisting public agencies.  As the Legislative Affairs Manager for the San Joaquin Regional Transit District (RTD), Marla worked with local, state, and federal representatives to advance RTD’s new Regional Operations Facility.  She collaborated with various agencies to meet the needs of transit dependent individuals.  As Director of the California office of Jordan and Associates, Marla successfully attained federal support for projects that led to thousands of new jobs.

Marla and her husband Ray proudly call Lodi home and raise their three children there.  You can learn more about Marla Livengood’s campaign for Congress on her campaign website, www.marlalivengood.com.