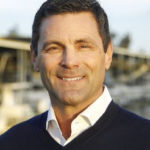 Tom Patti, Stockton businessman, San Joaquin County supervisor, and former amateur boxer, is fighting hard to succeed Congressman Jerry McNerney in what news sources say is the Bay Area’s most competitive congressional race.  In a district that includes eastern Contra Costa County as well as a large portion of San Joaquin County, Republicans won almost 50% of the votes in a crowded primary, with Patti emerging as the Republican nominee.

Patti has raised well over a million dollars, qualifying for the National Republican Congressional Committee’s Young Guns program and drawing the attention of Republican Leader Kevin McCarthy.  The 9th Congressional District is the only congressional district with Bay Area territory that appears on the Cal Matters list of Hot Races.

After running a successful local business, Tom Patti was elected a San Joaquin County Supervisor in 2016 and reelected in 2020.  As supervisor, he launched a housing project for veterans, secured business projects creating new jobs, arranged funding for a community college apprentice program, accomplished pay equity for county law enforcement officers, and reduced fees that restaurants pay for food delivery services, among other achievements.

In his candidate statement, Patti said, “As your Congressman, I’ll help expand opportunity by (1) Demanding a national emergency on homelessness to help clean up the camps and promote addiction or mental health treatment, (2) Reducing gas taxes and spending to end the inflation that is making life unaffordable, (3) Supporting parental rights so students get a great education, (4) Launching job training programs to help our youth get good-paying jobs, grow our economy, and reduce crime.”  He wants to increase our security by increasing military strength, making America energy independent, building water storage infrastructure, and securing our borders.

Tom Patti has been an active volunteer in the community, donating resources and helping raise funds.  He has served on boards for the Child Abuse Prevention Council, March of Dimes, and the Delta College Foundation.  He also was appointed by the Board of Supervisors to the Equal Employment Opportunity Advisory Committee.

Tom Patti was raised in the San Joaquin Valley, after his parents moved there from New York.  He graduated from Stagg High School in Stockton and attended Delta College.  Tom had learned to box, and his dad, who had trained under well-known boxing trainer Cus D’Amato, sent Tom to the Catskills in New York to do the same.  His fellow trainee was Mike Tyson, who became a friend of Tom’s.  Tom won five Golden Gloves titles as an amateur.

Eventually Patti returned to California and ran a small business providing cranes before becoming a county supervisor.  He is also raising his 13-year old daughter.  You can learn more about Tom’s campaign on his campaign website, www.tompattiforcongress.com.  You can also check out the map of the 9th Congressional District.

All are invited to join Supervisor Patti, along with CAGOP Chair Jessica Patterson and State Controller candidate Lanhee Chen, at the November 5 GOTV rally listed on the BayAreaGOP Upcoming Events page.

SVGOP Message to San José Voters: NO on Measure i 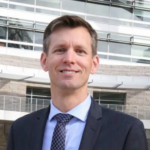 In November 2020, voters across Santa Clara County and throughout California rejected the Democratic legislature’s attempt to remove from the State Constitution the provision that prohibits government institutions from considering race, sex, or ethnicity, in public employment, contracting, and education. The voters reaffirmed Rev. Martin Luther King Junior’s vision of a nation of equal treatment under the law, where each individual is judged by the content of one’s character and not immutable characteristics that were an accident of one’s birth.

Now, politicians in San José are attempting to put the concepts of “race”, “social justice”, and “equity” at the forefront of all City decision-making, as a part of changes to the City Charter found in Measure i. Further, Measure i would place non-citizens on quasi-judicial boards & commissions. The Santa Clara County Republican Party voted unanimously to advise voters to REJECT Measure i.

It’s important that San José voters send a clear message that we stand for EQUAL OPPORTUNITY FOR ALL AMERICANS with a resounding NO vote on Measure i.