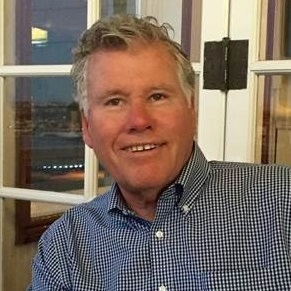 When walnut grower Greg Swett looks at what our state government is doing for us and how much it costs, he responds, “We can do better.”  And that’s become his campaign theme as he runs for state Assembly.

He says, “I have chosen to run for the 30th Assembly District because I believe that we can do a lot better as a state.  As the highest taxed state in the nation we have the resources to benefit all Californians.”  He adds, “My background has been one of getting things done and not letting the bureaucrats run the show.”

Swett’s website calls attention to several examples of things the state could do better.  One of these was a Caltrans effort in 2016 to straighten Highway 25 at a hard left turn where several crashes had occurred, south of the entrance to Pinnacles National Park.  Caltrans spent $2 million on the 784 feet long project only to have it crash down soon after, because the cuts were too steep.  Now the budget has risen to nearly $12 million, as they prepare to fix it again.

Greg Swett works as a walnut grower in San Benito County, where he grows, processes, and sells walnuts.  He says that he is able to grow twice the amount of walnuts that was produced forty years ago, but using the same amount of water.

Swett serves as a trustee and board president of the Willow Grove Elementary School, which was attended by his father and older siblings.  He’s the past president of the board of the San Benito County Farm Bureau.  He was also the operations director of a county Farm Labor Camp, and led the successful effort to build additional housing for the migrant workers.

Assembly District 30 consists of most of Monterey County (except the coastal area around the City of Monterey), all of San Benito County, south Santa Clara County (Morgan Hill and Gilroy), and the Watsonville area in Santa Cruz County.  The district contains largely agricultural and ranching areas, including the Salinas and Pajaro River Valleys.  The largest city by far is Salinas, followed by Gilroy and Watsonville.  (See the map.)

Gregory Swett grew up in Paicines, a rural community about 13 miles south of Hollister, in the same house that he lives in today.  He attended UC Berkeley, where he earned his B.S. degree in Accounting and Finance.  He subsequently worked at airline TWA in finance and computer system planning and managed billion dollar budgets.  He also worked at Computer Terminal Systems, selling specialized printing systems to the airline industry.  Even while working at these tech jobs he would often come home for the weekend to work in the family orchards.

Greg lives with his wife in Paicines.  When they have free time, they enjoy traveling.  You can learn more about Greg Swett on his campaign website, www.swettforad30.com.

The Lincoln Club of Northern California recently announced the endorsement of candidates for local office, including eight candidates for Mayor throughout the greater Bay Area.

In Alameda County, Pleasanton Councilmember Jerry Pentin is running to succeed the current GOP Mayor. In Union City, Councilman Jaime Patiño is challenging the incumbent Mayor and would, if elected, be the first directly-elected Mexican-American Mayor in the city’s history.

In the middle of fire season, Napa Councilwoman and foster-parent Doris Gentry is battling to lead her city’s revival as Mayor.

In Santa Clara County, Gilroy Councilwoman Marie Blankley is running for Mayor in a city still healing from the shooting at its 2019 Garlic Festival.

In each of these cases, the endorsement was accompanied by financial support from the Club’s PAC.

In all, the club has endorsed 33 Bay Area candidates for local office, as well as targeted Legislative and Congressional races throughout the state.  For a complete list of endorsements and more info on the Lincoln Club’s activities and membership opportunities, please visit www.thelincolnclub.com