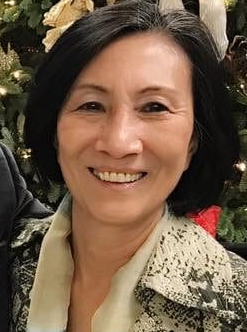 Businesswoman, nurse, and community leader Helen Wang is running for the District 10 seat on  the San Jose City Council.  Her strengths include experience in business, in government, and  as a community volunteer and many connections in the city.

Some of Wang’s other volunteer activities include providing medical treatments at homeless shelters in San Jose and Sunnyvale and representing the County of Santa Clara Sister Counties Commission in a delegation to Hsin-Chu County, Taiwan.

Helen Wang’s website says, “She has the passion and the ability to contribute to and protect the prosperity of this district.  She believes in transparent and efficient government that is fiscally responsible and sustainable.”

Council District 10 includes the Almaden Valley. It is open because incumbent Johnny Khamis is termed out and is now running for State Senate.

Helen Wang was born and raised in Taiwan.  She earned her diploma from the Taochiang School of Nursing and Midwifery.  Her career as a registered nurse started in Taiwan and then took her to Israel for eight years, where she learned Hebrew.

During a trip to the U.S., Wang met John Longwell, MD, a physician certified in both internal medicine and emergency medicine.  He had co-founded one of the first urgent care clinics in San Jose and was a decorated Vietnam War surgeon.  They married, and Helen later became administrator of the medical clinic.  She managed clinic operations and oversaw construction of a new building, which taught her plenty about city building codes and other regulations.

Wang recently retired from the family business and looks forward to putting her long experience as a businesswoman and volunteer to use in serving the residents of District 10.

CAGOP delegates and guests will hear from former Texas Governor Rick Perry on Friday night and from Trump national campaign manager Brad Parscale on Saturday at the upcoming California GOP convention in Indian Wells.
Friday at 4:30 p.m. in the Capri room, health care economist Sean Flynn will present his proposal to reform our health care system by applying a market-oriented approach pioneered in Singapore.

On Saturday evening, all Bay Area delegates and guests are invited to a Bay Area GOP reception hosted by Regional Vice Chair Jonathan Madison and sponsored by the Lincoln Club of Northern California, Former Assemblywoman Catharine Baker, BayAreaGOP.com and Republican County Committees of Alameda, Contra Costa and Santa Clara.  There will also be a Bay Area regional meeting Saturday morning at 9 a.m. in the Corfu room.

The convention program features a variety of campaign training sessions on topics including running for office, campaign management, fundraising and communications.

The official business of the convention includes the adoption of a new party platform and consideration of recommendations from Rules, Resolutions and Volunteer Organizations Committee.  These committee reports will be discussed at the Saturday evening Bay Area GOP reception so delegates will have a better idea of the agenda items they will consider at the Sunday general session.  Please join us in the Malta AB room at 9 p.m. on Saturday evening, immediately following the dinner.