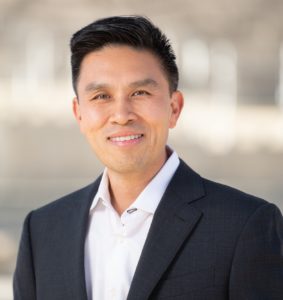 Lanhee Chen’s campaign for California State Controller continues to broaden its support by gaining endorsements from newspapers up and down the state.  Chen has received the backing of the Los Angeles Times, Orange County Register, San Diego Union-Tribune and the Bay Area’s Mercury News and East Bay Times.

The editorials, many from newspapers not accustomed to endorsing Republicans, cite the independence and qualifications of Lanhee Chen and point out the mismatch between his opponent and the job they are both running for.

The Los Angeles Times endorsed him “Because he is a sharp thinker with experience analyzing large financial systems, and because the controller should be as independent from the party in power as possible.”

The San Diego Union Tribune in its endorsement of Lanhee said “one candidate stands above the rest.  In our view, Republican fiscal adviser/educator Lanhee Chen is the best fit to replace termed-out Betty Yee as the person who cuts checks for state government and conducts independent audits of how state agencies spend money.”

The Orange County Register endorsed Chen in the primary saying “Chen brings impressive credentials and the most independence to the role. He says he will use the audit power aggressively, including ordering audits of K-12 school districts. He says Betty Yee has done nothing about this, and has instead been a caretaker, refraining from using the audit power of her office as it could be used to protect taxpayers.”

In its recent editorial re-endorsing Chen in the general election, the Orange County Register added:  “As to whether he would politicize such audits, Chen, a Republican, said he would just start with the biggest five departments, then proceed downward in size.  After Medi-Cal, those would be prisons and public education. He said he would be independent and especially resist union pressure against such audits.”

The Mercury News in endorsing Chen said: “the choice for voters should be clear: Lanhee Chen would provide the independent leadership and objective government oversight needed to run the state controller’s office.”

The reliably liberal Mercury News went on to say that his opponent “sees herself and her role as controller as being a “social justice warrior” who uses the audits of the office to lobby for policy change. That’s fine for someone running for the State Legislature. But California doesn’t need another hard-left Democratic statewide officeholder — especially not as controller” (emphasis added.)

In these times when much of politics is divisive and negative, a group of Bay Area Republican candidates has come together around the idea that collaboration is required to get things done.  The formation of the group, which is called Problem Solvers CA, was announced recently by Assembly candidate Tim Dec at the Santa Clara GOP – SPARC picnic.  Dec says the thrust of the group is “to address the issues in a way where all sides are at the table, and there’s room for collaboration and compromise to solve problems.”

The Problem Solvers CA press release explains, “In politics today, each party stakes out its issues and frames them as either/or, all or none. We are not effectively addressing our problems.”  “Candidates can change this culture by striving to understand all points of view and working together for the best outcomes.”  As a result, “we are forming a coalition of candidates who reject the divisive partisan politics of today. It is open to anyone who is willing to change the dynamics in politics, conservative or progressive.”

Joe Rubay, whose Assembly district runs from Walnut Creek to Livermore, wants to

“work across the aisle to try to develop common sense solutions to the problems of the state.”  He says that an example is public safety, where some Democrats have finally realized that Proposition 47 needs to be revised to stop the increase in smash and grab crimes.

You can learn more about the Problem Solvers CA candidates on their website, www.problemsolversca.com.