The California Congress of Republicans, a permanently chartered statewide Republican volunteer organization, is growing rapidly and making its presence felt in the San Francisco Bay Area.

The past year has seen the addition of three new chapters in the greater Bay Area.  The Villages Republican Club in South San Jose recently joined CCR and has announced San Jose City Councilman Johnny Khamis as this month’s guest speaker. 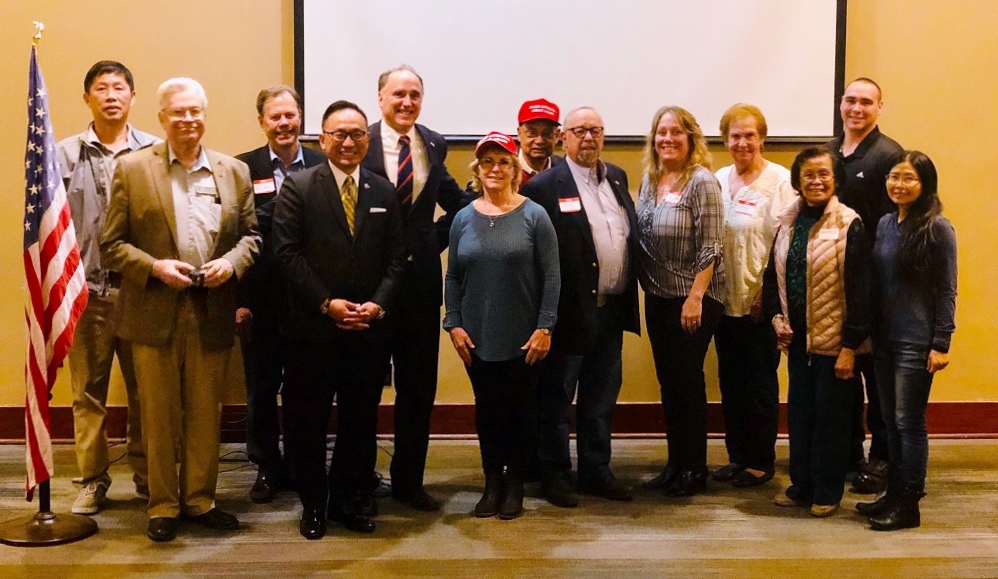 In addition to providing social and educational opportunities, SPARC participated in the 2018 SVGOP get-out-the-vote program by volunteering and making calls at the phone bank at county GOP headquarters.  SPARC recruited volunteers and made calls for five GOP candidates, three of which won their election.  Those winners were Anita Enander for Los Altos City Council, Robert Varich for Campbell Union High School District and Peter Fung for El Camino Hospital Board.

To learn more about the California Congress of Republicans and their chapters, visit ccr-gop.com. 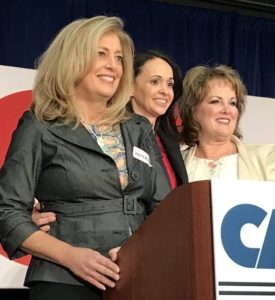 Republicans in California recently elected three new leaders, choosing Marie Waldron as Assembly Republican Leader, Shannon Grove as Senate Republican Leader, and Jessica Patterson as California Republican Party Chair.
Marie Waldron was elected leader in November after Brian Dahle stepped down to run for state senate in the district vacated by Ted Gaines when he won election to the state Board of Equalization. Waldron was first elected to represent the 75th Assembly District in 2012. The district includes northern San Diego County and a little of Riverside County. In the Assembly she has been active in healthcare issues, including opioid and mental health issues.
When asked by the Voice of San Diego what the Republican Party in California should look like after November’s losses, Marie Waldron replied, “Certainly, we need to appeal to new constituencies by finding new ways to communicate how Republican policies benefit them. We have very good value systems, and I don’t think we’ve done a good job in the past decades of actually communicating that well and we’ve allowed others to identify us.”
Before being elected to the Assembly, Waldron served 14 years on the Escondido City Council, “fighting for public safety, budget stability and neighborhood revitalization.” Marie and her husband Steve have operated a business, Top End Tees Screenprinting and Apparel, for over 25 years.
Earlier, Marie Waldron had worked with the Promotions department of the New York Mets and Times Mirror Cable TV in San Diego. She earned her B.S. degree at St. John’s University and did graduate work at UC San Diego and San Diego State. Marie and Steve have one son.
Senator Shannon Grove was elected Senate Republican Leader in January and took office March 1, succeeding Senator Patricia Bates. Grove served in the Assembly from 2010 to 2016. She was elected to the state Senate in 2018, from the 16th Senate District, which includes the southeastern portion of the Central Valley and the high desert in eastern San Bernardino County. She represents most of Bakersfield.
Grove says, “It’s not a secret that I am a social and fiscal conservative. It’s who I am. Some people in the caucus and in the building don’t align with that same philosophy that I have. But that doesn’t mean you can’t work together and solve problems.”
Senator Shannon Grove’s priorities include water, reducing red tape for business, reforming broken laws that let attorneys extort local businesses, and defending those with developmental disabilities. She is the first woman veteran elected to serve in the California Legislature.
Shannon Grove was born and raised in Kern County, the daughter of a single mother. After graduating from Arvin High School, she joined the U.S. Army and was serving in Germany when the Berlin Wall came down. She and her sister-in-law started a staffing company in 1993, and she has served as CEO. Shannon and her husband Rick are the proud parents of five children and six grandchildren.
Jessica Millan Patterson was elected California Republican Party Chair at the statewide organizing convention on February 24 in Sacramento. She won with a solid majority in a three candidate race. You can read the recent article about her in the BayAreaGOP Newsletter archives here.
MENU