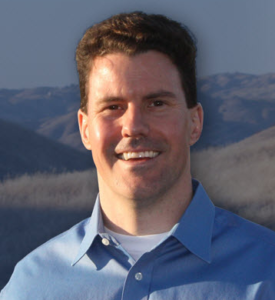 Financial manager and former San Jose planning commissioner John Leyba is running hard for the open District 3 supervisorial seat in Santa Clara County.  He brings to the race his  professional experience dealing with budgets and business operations, his experience as a planning commissioner in a district with significant development issues, and his background as a neighborhood association president.

He explains why he is running, “Our community’s biggest problems, which are social service-related problems, are best led to resolution by the County.  The County has responsibility for public health (including behavioral health and drug rehab), public safety (working with cities), corrections, and more. …   We must re-direct the County toward prioritizing issues like homeless, the mentally ill, and mobilize resources to treat the situations like the human emergencies that they are. And say no to other things that are important but not as acute.”

The District 3 supervisorial district includes north Sunnyvale, Milpitas, and the Alviso, North San Jose, Berryessa, and Evergreen areas of San Jose, as well as Mount Hamilton and the mountains to the east.  (See the map.)  Incumbent Dave Cortese is termed out.

When John was 5 months old, he became a foster child.  He lived with a working-class Hispanic  family, the Leybas, who soon wanted to adopt him, but were not allowed to by the county, as that would create a multi-ethnic family.  Eventually the family prevailed and adopted him into the family – where he gained seven siblings! John Leyba grew up and attended public schools in Alum Rock, in East San Jose.  He earned scholarships to Mitty High School and Dartmouth College, where he majored in public economics and finance.

He was active in the community, helping the Alum Rock Educational Foundation and serving as president of his neighborhood association.  He also served on the San Jose Planning Commission, a key role, and on the San Jose Unified School District Measure H Citizens’ Bond Oversight Committee.

While working to improve East San Jose schools, John met his wife Marisol, who is a second-grade teacher.  They like to “spend their weekends visiting parks, doing neighborhood projects, and working for important causes with their two daughters.”

John says “Put families first. We can make tomorrow better than today. We can transform our community’s problems with focus, compassion, and responsible financial management.”

You can learn more about John Leyba’s campaign on his website, leybaforsupervisor.com, or help by precinct walking this weekend (see the event listings).

I sometimes hear from my Republican friends who are not deeply involved in the political process, “Why should I vote in the primary? – our nominee for President will be Donald Trump.”

Our response should be – Your Vote Matters!  In many primary races, a strong Republican turnout is needed to secure a top two finish for our candidates so they can compete in the fall election.  In some local races where a runoff election is not required, we could potentially elect Republicans outright with a strong GOP turnout.

In a few cases, where only the Democrat incumbent filed for the primary ballot, we now have Republican write-in candidates seeking to provide competition in the general election.

In Senate District 3, Napa GOP Central Committee Vice Chair Carlos Santamaria is running an aggressive write-in campaign against a Green party member and an NPP to be sure there is a Republican on the general election ballot.  Carlos is a business owner who has worked for over 30 years in the private sector and knows first-hand both the challenges and opportunities that Californians face.  A professional in facilities management, energy efficiency and sustainability, he can make an immediate impact on state government as a member of the California Legislature.

In AD 11, Republican Debra Schwab, endorsed by the Solano GOP, is the sole write-in candidate seeking to challenge the incumbent Democrat who currently has no opposition.

For additional recommendations, including races for Republican County Central Committee, check out the BayAreaGOP.com Voter Guide.  Please talk to your Republican friends and make sure they vote on or before March 3!